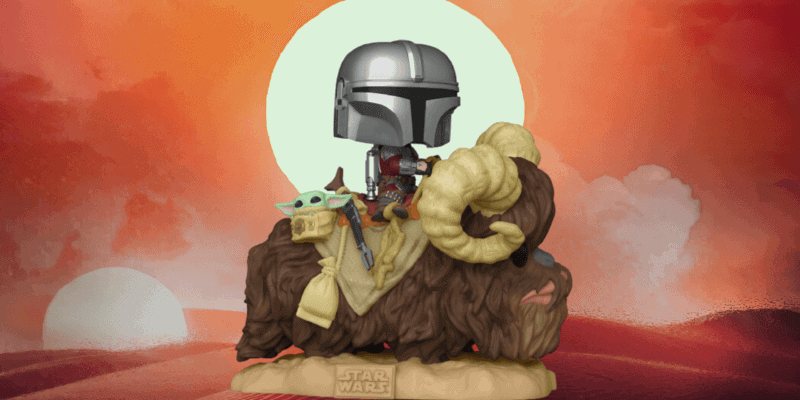 Just when you think we’ve had enough Funko POPs featuring our little green friend ‘The Child’, Funko surprises us with a new release that you can pre-order now.

For $32.99 you can get Mando and Baby Yoda riding a Bantha from Season 2 of the hit Disney+ Star Wars show. Check out the figure in full below:

The new figure stands 5 inches tall and will go perfectly with the ever-growing Funko POP collection featuring characters from The Mandalorian. The new vinyl figure is available to pre-order now from Amazon and is set to be released nex month on December 15.

As we referenced, this is far from being the first figure based on the hit show — here are a few others that have been released in the past:

There are so many other Star Wars Funko POP! figures out there that are available to purchase and feature characters from all three trilogies and the many Star Wars shows. They include:

As for The Mandalorian, the show returned with a bang last week with the first episode of Season 2 (Chapter 9 in the overall series). If you’ve seen it, you will know just how exciting that last minute of the show was and how that spoiler could play out in future episodes.

Hopefully, we will see more when episode 2 releases on Friday. There’s been no clue yet on when we are likely to see the live-action debut of Ahsoka Tano, something that has been confirmed for months now with actress Rosario Dawson taking the mantle from Ashley Eckstein.

Will you be picking up the new Mandalorian Funko Pop? Let us know in the comments below!