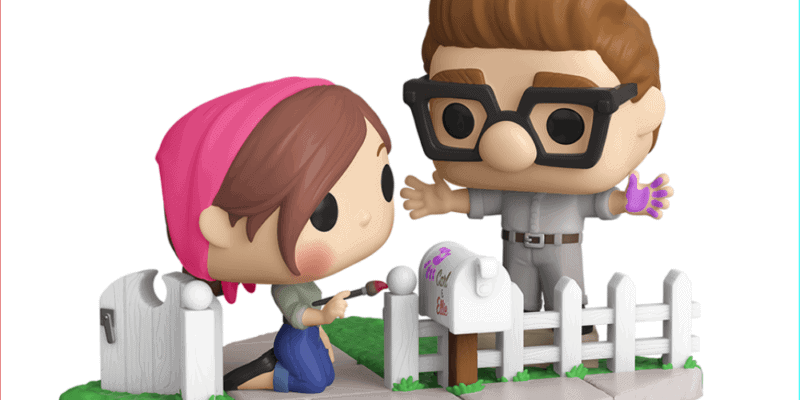 On Monday, Funko announced a slew of new POP figures that are exclusive for this year’s New York Comic-Con taking place from October 8 – October 11.

All of the new NYCC POPs will be available for purchase online for anyone virtually attending this year’s New York Comic-Con.

This is the third time Up has been released as a Funko POP, but this Comic-Con exclusive of young Carl and Ellie painting their mailbox is sure to steal the hearts of fans once again. The heartbreaking opening of Pixar’s beloved feature has been perfectly captured in this adorable NYCC exclusive POP.

For all of you Lilo & Stitch fans out there, your favorite blue alien will be available in the adorable form of a Funko POP baker Stitch. If you retweet and follow @OriginalFunko on Twitter, you can enter in a giveaway to win this cute version of Experiment 626. Click here if you’re interested!

Fans of Star Wars: The Rise of Skywalker will love to see this 2-pack bundle of young Luke and Leia Skywalker in their Jedi training form. They’ll come in separate Funko boxes, but will be sold as a bundle.

Though these new Funko POPs are fantastic, where’s Ben Solo and Rey with her yellow lightsaber?! Those would have been this year’s must-have POPs!

Star Wars: The Mandalorian™ — The Child with Necklace Funko POP

While on the topic of Star Wars, Funko has outdone themselves with this new “The Child with Necklace” POP! Those big, green ears and tiny hand holding the Mandalorian logo is a winner in our books.

This little guy will be the perfect addition to your Disney Funko POP collection.

Which POP are you most excited about? Let us know in the comments below!

Comments Off on New Funko POPs Inspired by ‘Up’, ‘Star Wars,’ and ‘Lilo and Stitch’