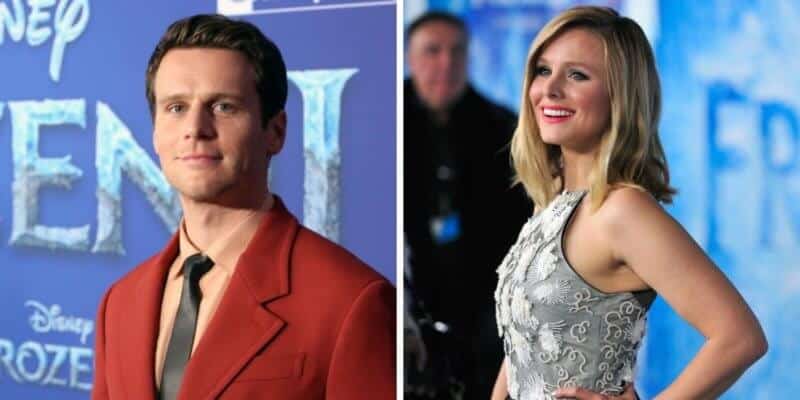 Anna and Kristoff — the adorable, and completely relatable, Disney couple from the Frozen franchise — are teaming up once again. Well, sort of.

Molly and the Moon will be an original musical based on a true story. Carter Bays and Craig Thomas, best known for How I Met Your Mother, have written the script and Harvey Mason Jr, known for Sing and the Pitch Perfect films, will be the executive music producer. Stephanie Diaz-Matos, known for The Get Down, will be the music supervisor with Nathan Larson as the composer.

When speaking to Deadline, Thomas said “Carter and I were running the show and between Season 2 and Season 3, my wife and I were having our first kid, a boy, Elliot. I was heading into parenthood and I figured everything was going according to the life script I imagined for myself. I’m going to have this healthy, perfect kid and come back and keep running that show. Instead, life served up an enormous curveball to us.”

He went on to explain how their baby boy had a rare genetic deletion.

“We discovered after he was born that Elliot had Jacobsen Syndrome, a rare genetic deletion where a piece of one of the 11th chromosomes has broken off resulting in the loss of certain genes that go into making a healthy, typical baby. And what it meant for Elliot is that he had several heart defects and needed open-heart surgery at only two weeks old, and we did not see any of this coming.

This was after almost a week in the neonatal intensive care unit in Children’s Hospital Los Angeles. And all of a sudden, we are living this completely different storyline than we had imagined for ourselves, our son going through open-heart surgery at 2 weeks old.

He weighed only about three and a half pounds, which also was unforeseen. So what ended up happening was, we were in the hospital for six weeks going through two different journeys. One was hoping that our son survived this heart surgery, which had a significant chance of mortality and also trying to accept that if he lived through this heart surgery, we were going to have a kid who was different, who might have lifelong health and developmental issues. Those two journeys are so intense for anyone to go through. Meanwhile, there’s this other journey that was going on, and Carter, as my best friend, had front-row seats. What Carter heard me saying a lot was, ‘My God, he’s such a brave little boy.’ Because Elliot, this little tiny baby, was going through this epic life or death battle, lying in this plastic box, this small incubator.”

As all of this was happening, Bays and Thomas came to realize that there was a story to tell — A story that brought together that life experience with their love of music. The story would tell this little baby boy, struggling to survive to go home with its parents and start his life.

“He was having a more mythic, epic journey that I had in my three decades of life, all in his first couple of weeks of life,” Thomas told Deadline. “Carter found himself wondering too, what is that little life going through in this plastic box? What is Elliot thinking and feeling as he’s lying there? You hear phrases like, ‘Oh the surgery went well but he’s not out of the woods yet,’ and we would wonder, what are the woods like, and how would you show them? Later, that would inspire elements of Molly and the Moon.”

So, for the new original musical, Kristen Bell plays Kate, the lead character and Molly’s mother, and Jonathan Groff plays Brian, Molly’s dad. As we already know, both Bell and Groff are incredible singers and have previously worked together when they brought Anna and Kristoff to life in the Frozen films. Bell is also known for The Good Place, Veronica Mars and many others while Groff is mainly known for his musical work in Hamilton.

Thomas explained how some other inspirations for this musical included Where the Wild Things Are and Alice in Wonderland, but the emotion really reflects the real-life experience that Thomas and Bays went through.

“I had to tell this story, to honor my son and because there are just tens of millions of people in this country, and more around the world, whose lives have been touched by something like this,” Thomas told Deadline. “So many parents have kids who have to find their way through some sort of difficulty. My favorite quote about parenthood is, to have a child is to decide forever to have your heart go walking around outside your body. That is really how it feels.”

Are you excited to see Bell and Groff team up again for the new original musical Molly and the Moon? Let us know in the comments below.