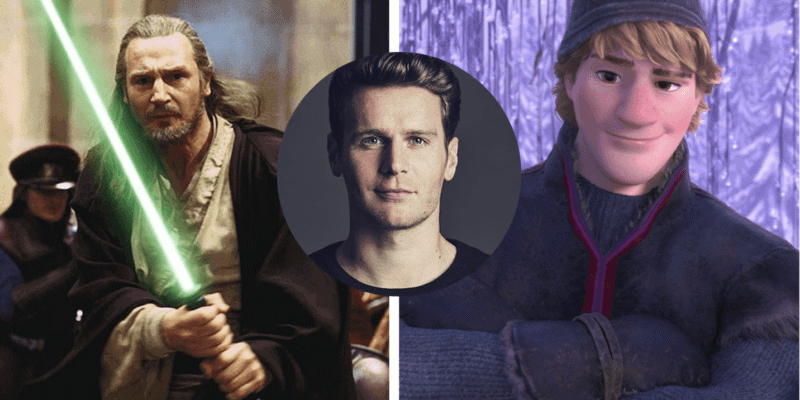 Ever since Qui-Gon Jinn (Liam Neeson) was killed by Darth Maul (Ray Park) in the famous duel in Star Wars: Episode I – The Phantom Menace (1999), Star Wars fans have been interested in learning more about the character who mentored Obi-Wan Kenobi.

Now, with The Walt Disney Company working hard to produce more Star Wars content and the popularity of The Mandalorian streaming series, the Star Wars community is calling for a Hamilton and Frozen star to take over the Qui-Gon Jinn role.

Numerous fans have taken to social media to suggest that Jonathan Groff should play Qui-Gon in a prequel series about the Jedi Knight. Groff voices Frozen’s Kristoff and became an internet sensation thanks to his portrayal of King Richard III in Lin-Manuel Miranda’s Hamilton musical on Disney+.

According to a report by Express.co.uk, fans have been pulling for Groff to join the Star Wars universe:

One fan commented: “After seeing Solo I am much more open to recast prequel movies in Star Wars. I’d be down to at least watch this dude screen test!”

The idea of a Qui-Gon Jinn prequel show is not a long shot. Disney has already confirmed the development of an Obi-Wan Kenobi prequel series, currently titled Pilgrim. Ewan McGregor will reprise his role as the beloved Jedi in this series.

Furthermore, rumors are rampant that Darth Maul will appear in multiple Disney+ series over the next few years. As Disney continues to grow the Star Wars brand, specifically in the streaming sector, a show focused on Qui-Gon would fit in.

For those unfamiliar with Qui-Gon Jinn’s backstory, the Star Wars Wiki features this synopsis:

[Qui-Gon] was a venerable if maverick Jedi Master who lived during the last years of the Republic Era. He was a wise and well-respected member of the Jedi Order, and was offered a seat on the Jedi Council, but chose to reject in order to follow his own path. Adhering to a philosophy centered around the Living Force, Jinn strove to follow the will of the Force even when his actions conflicted with the wishes of the High Council.

Although Disney executives have not yet confirmed anything about a Qui-Gon Jinn prequel show, it is possible that it would follow the oft-rebellious Jedi during his own training under Jedi Master Dooku.

Groff’s Frozen fame precedes him and the Hamilton star certainly has enough Disney experience to make him a valid option for a transition into the Star Wars universe.

What do you think about this Star Wars fan idea? Should Jonathan Groff play Qui-Gon Jinn?

Comments Off on Could Jonathan Groff Take Over Qui-Gon Jinn Role?