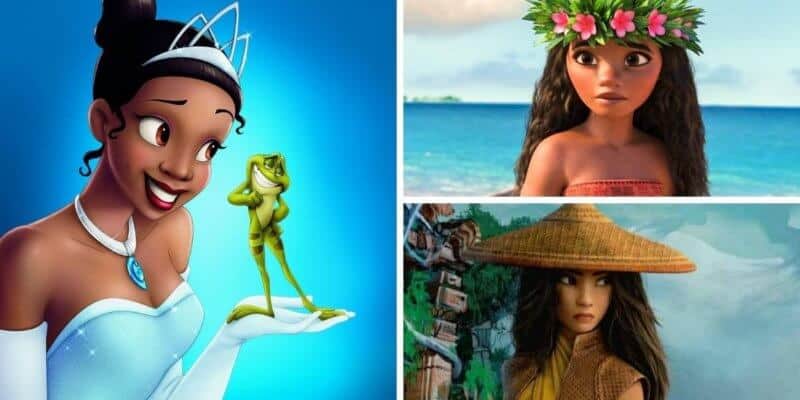 The Walt Disney Company has been making strides when it comes to diversity within their company, including introducing a sixth key called “Inclusion” into Cast Member training, hiring a new executive at Disney Channel to focus on diversity and inclusion, providing resources to parents who want to talk about difficult topics, including racism, with their children, and more.

Back in August during a quarterly earnings meeting, Disney CEO Bob Chapek even issued a statement on how racism and social injustice have been “front and center in ours and our nations’ consciousness in recent months.”

But what about seeing more diversity within the film industry? Well, one teenage Disney fan recently took to Change.org to begin a petition urging Disney to bring more diversity and inclusion to their portfolio of films.

Hello, my name is Anushka Kalyan. I live in Northern California, I’m 13, and I’m about to go into 8th grade.

I’ve always loved Disney movies and I’ve always enjoyed the way they made me feel immersed in the story. However, most Disney movies portray a Caucasian lead role, which is definitely difficult for me to relate to, being Indian American. Out of all 12 official Disney princesses, only 5 are non-white. This statistic does not show an equal representation of all demographics in America, let alone the world. Disney’s PR vice president, George Wexler, has revealed that Disney has created Vietnamese, Ethiopian, Chinese, Iranian, Indian, and Eskimo princesses, but believes the world is not ready for them yet. In a time of worldwide racial movement, I have spoken to my Chinese, Iranian, and Indian friends about this topic, and they are equally awaiting their fair share of media portrayal by Disney as I am.  I believe a large portion of change starts with the media, like Disney.

I urge you to add your name to this petition so we can create racial equity in Disney characters, which will impact generations to come.

Related: Disney Focuses on Representation with ‘Raya and the Last Dragon’

Kalyan recently commented on the petition, thanking those who have signed and bringing up the new movie.

Hello everyone! Anushka here. Thank you so much for signing this petition. We haven’t reached our final destination yet, but we’ve definitely made a lot of progress over the past few months.

I wanted to let you know about two recent changes Disney has made in terms of ethnic diversity and inclusion! Recently, they’ve announced they will be releasing a new movie in March of 2021 called Raya and the Last Dragon, meant to take place in Southeast Asia! This definitely shows how Disney’s adapted, in which we may have made an influence. Another change Disney has made is in its new streaming platform, Disney+. If a movie contains harmful cultural depictions, then they have released a statement saying, “This program includes negative descriptions and/or mistreatment of people or cultures. These stereotypes were wrong then and are wrong now. Rather than remove this content, we want to acknowledge its harmful impact, learn from it and spark conversation to create a more inclusive future together.” It’s wonderful how Disney has shown some signs of improvement, which I’m really proud of.

Please keep sharing this petition with your friends, family, acquaintances, and anyone you know. Most signatures actually come from further shares! Over the past few weeks, I’ve been making a series of calls and emails to many offices at Disney, trying to figure out how many total people we need to sign this petition before finally presenting it to Disney. I haven’t received a total number yet; however, I’m definitely going to keep trying. Please keep sharing this petition, and thank you so much.

You can view the petition on Change.org by clicking here.

Raya and The Last Dragon will be Disney’s very first animated feature to be inspired by Southeast Asia. Both filmmakers Don Hall and Carlos López Estrada, along with Producer Osnat Shurer, recently told Entertainment Weekly that they are working incredibly hard to accurately depict the cultures from Southeast Asia into the film. In fact, they are even sending creative teams on research trips to different Southeast Asian countries including Thailand, Malaysia, the Philippines, Laos, Cambodia, and Vietnam, as well as encouraging collaboration with linguists, dancers, and Gamelan musicians from Indonesia.

What do you think of this petition? Will you be signing it? Let us know in the comments below.