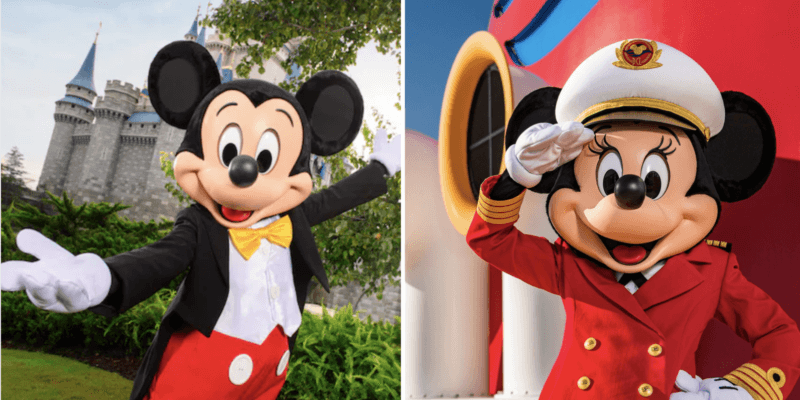 Yesterday, The Walt Disney Company and Brightline railways announced that a station will be constructed at Disney Springs.

While this is certainly exciting news for Florida locals — Brightline is currently adding multiple new train stations that will make it easy to navigate the state — it could potentially be great news for all Walt Disney World Resort fans.

Thanks to the fact that Disney Cruise Line’s Disney Magic sails out of Port Miami on a regular basis, there could be an exciting new type of vacation package coming down the pipeline.

Could “Land and Sea” vacations happen?

MiamiCentral Station already functions as a Brightline stop and, to be honest, it seems unlikely that Disney won’t capitalize on that fact once the Disney Springs station is finished — construction will take two to three years and the groundbreaking date has not yet been announced.

The fact that there is no known start date for Brightline to travel directly to Disney World property is actually positive, in this particular case.

Because Disney Cruise Line has already suspended all departures on all four ships — the aforementioned Magic, the Disney Dream, the Disney Fantasy, and the Disney Wonder — until at least March 2021, the more time Disney officials have to create a brand new type of vacation package, the better!

If Disney were to offer “Land and Sea” vacation packages that combine a Disney Cruise trip to the Caribbean — including Disney’s private island, Castaway Cay — and Walt Disney World Resort theme park days, it would likely help families save money over booking the two trips separately. Not to mention, vacationers would have even more chances to make magical memories!

Often, there are special offers that make it less costly to book a package through The Walt Disney Travel Company than to book each component of a trip individually. Furthermore, Magical Extras and other perks are offered to Guests who choose Disney vacation packages.

With three brand new Triton Class cruise ships on the horizon in 2022, 2024, and 2025, there’s no better time for Disney to consider this new “Surf and Turf” style vacation package.

Currently, Disney Cruise Line vacationers who are sailing out of Port Canaveral can take advantage of a “Land and Sea” option that allows Disney World days and a cruise itinerary to be combined under a single reservation number. However, they are not automatically discounted and other perks are not offered for those who choose this option — it is more for the sake of transportation convenience.

Would you book a land and sea Disney trip that combined a Disney Cruise Line itinerary and a Walt Disney World vacation?