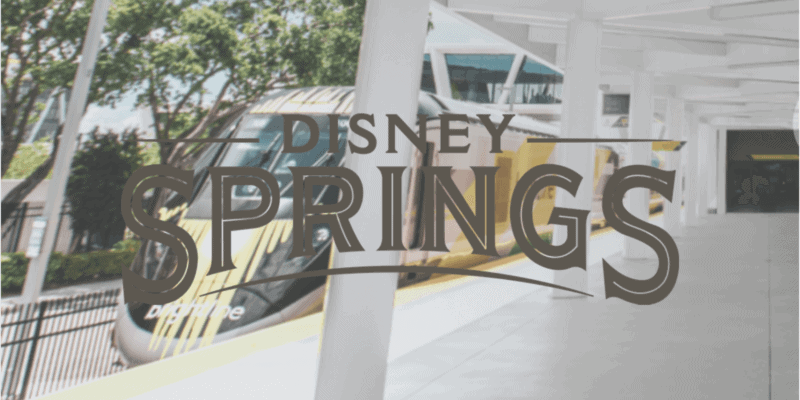 Disney Springs is about to become an even bigger tourist destination thanks to the addition of a brand new Brightline train station.

Orlando reporter Ashley Carter just took to Twitter to confirm that Brightline and The Walt Disney Company have reached a deal.

JUST IN: Brightline and Disney have reached a deal to build a station at Disney Springs. The project is expected to take at least 2-3 years to complete once construction begins.

JUST IN: Brightline and Disney have reached a deal to build a station at Disney Springs. The project is expected to take at least 2-3 years to complete once construction begins. pic.twitter.com/q0QXVJAlB8

No groundbreaking date has been announced at this time.

Brightline is a privately run railway line that is designed to help Americans travel better. Their official website includes these details about their Florida train routes:

Brightline is actively constructing a new rail line to bring passengers from our Miami, Fort Lauderdale and West Palm Beach stops to Orlando. Our team is hard at work to continue our excited expansion plans. Service connecting South Florida to Central Florida is expected to open in 2022.

We are also pleased to announce another three additional stops along our South Florida Express line including stations in Aventura, Boca Raton and PortMiami.

The fact that train transportation is coming soon to Disney Springs is big news for retailers amid the COVID-19 pandemic. Both shopping and dining establishments have been struggling as Florida tourism has dwindled.

The agreement between fast-growing Brightline and Disney gives hope for a “bright” future ahead for Disney Springs tenants. Several new offerings, including Gideon’s Bakehouse, Everglazed Donuts & Cold Brew, and Rustic Cuff accessories, are now available — or will be available — before the end of 2020.

If you would like assistance planning your next Walt Disney World Resort vacation, contact the expert team at Academy Travel to help you with every magical detail, from getting Park Passes for all four Disney World theme parks — EPCOT, Magic Kingdom, Disney’s Animal Kingdom, or Disney’s Hollywood Studios —  to selecting a Disney Resort hotel!