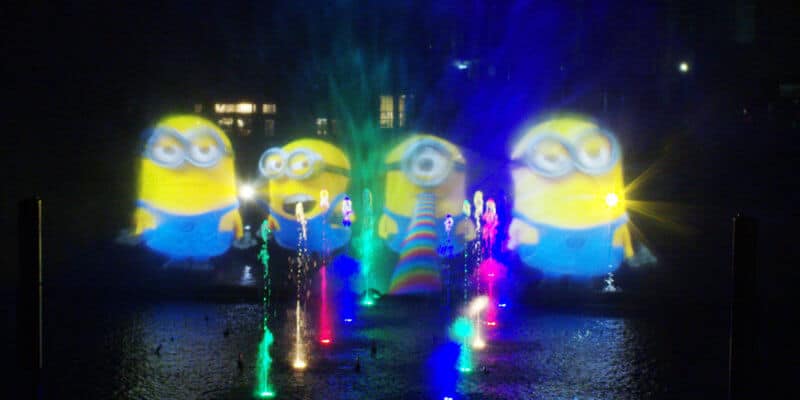 The Central Florida mega-resort confirmed the news on its website, stating that the show will occur at 9:45 pm on October 24th, the first time since Universal Orlando closed its gates due to the pandemic.

Universal Orlando also confirmed directly with Inside the Magic that Universal’s Cinematic Celebration will also be shown on October 25, 31, and November 1. Shows will be coinciding with Universal’s extended theme park hours.

At this time, Universal’s Cinematic Celebration will be the first nighttime show to return to Universal Orlando Resort. While Walt Disney World continues to progress on its upcoming nighttime spectacular at EPCOT, HarmonioUS, it has not announced plans to bring back current shows like EPCOT Forever or Happily Ever After at the Magic Kingdom.

First opened in 2018, Universal’s Cinematic Celebration is described as the following:

An epic show is lighting up the night at Universal Studios Florida™ with a colossal celebration of music, water and light that transforms the park and takes you into the movies like never before.

As music from the world’s biggest films fills the air, scores of shining, dancing fountains erupt. Massive walls of water blaze with incredible movie moments and powerful projections bring the entire waterfront into the movies. You’ll see and hear roaring dinosaurs from Jurassic World, feel the adrenaline rush of high-speed cars from Fast & Furious, watch the mischievous antics of the Minions from Illumination’s Despicable Me, and so much more.

Little is still known about how Universal plans to enforce its social distancing protocols for this most-likely wildly popular show, and we at Inside the Magic will update our readers as more information comes to light.

Related: Christmas Decorations Are Now Up At Universal Orlando!

Planning a trip back to Universal Orlando Resort anytime soon? Our friends at Academy Travel are standing by to help you plan the best vacation for your budget.