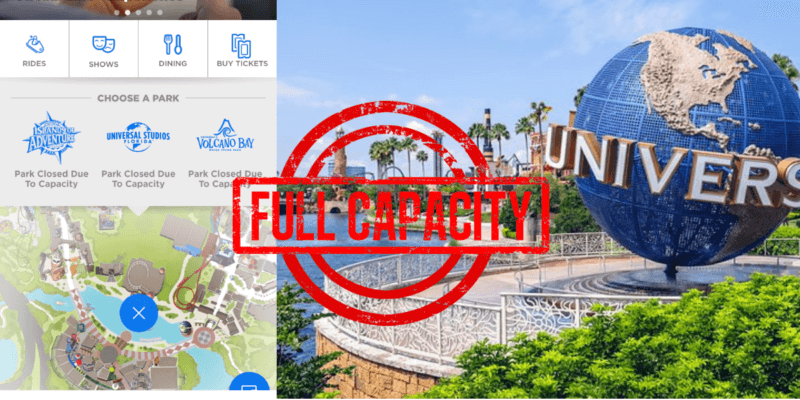 The larger than normal crowds are undoubtedly caused by the long weekend. However, Universal is still operating at a modified capacity to ensure the safety of their guests during this pandemic.

Related: Universal Orlando Has Hit Capacity Within 2 Hours of Opening

HAPPENING NOW: for the second day in a row, Universal Studios Florida and Universal’s Islands of Adventure have reached their modified capacity.

The parking garages are now closed, but Universal hotel guests may still be able to access the parks. pic.twitter.com/7ynUT09KKp

Some Universal Annual Passholders had questions on how their entry will work with the parks reaching their attendance capacity:

Hey Will, we recommend checking with our Capacity Hotline for the most updated capacity status: 407-817-8317.

Universal is recommending those with questions to reach out to their dedicated Capacity Hotline, through which they can communicate whether or not the parks are full for the day.

In addition, this photo also shows a look a the crowds inside Universal’s CityWalk:

This is not the first long holiday weekend in which Universal met its modified capacity for its theme parks. Last month we reported on the same situation at Universal as crowds flooded into the park for the holiday. As well as Disney World restricting guest access to Disney Springs as it also hit its lowered capacity over Labor Day Weekend.

This pattern should be something to consider while you plan your next trip to Universal or Walt Disney World. As it seems that the busiest days at the resorts after their reopening is during four day weekends.

This photo from on Instagram gives us a glimpse at what the crowd levels look like inside the parks as they hit their modified capacity. The more people in the parks, the harder it is for social distancing.

@sbadoud shared this family photo on Instagram saying that Universal Orlando is their favorite. They still look like they are ready for an exciting day at the Universal park despite the crowds!

What do you think of the crowds at the theme parks? Will you be visiting for the long weekend? Let us know in the comments!

If you want to plan a perfect Orlando vacation, we can help!