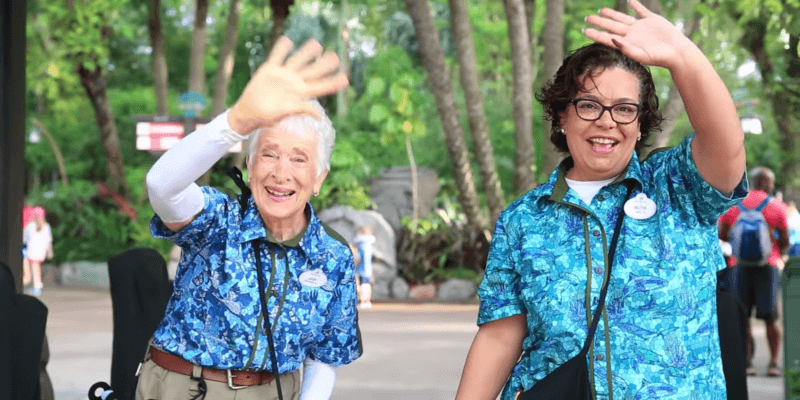 With the recent news of Disney having to layoff 28,000 Cast Members, many have voiced their opinions on the ongoing situation. Now, one fan in particular is taking a stand regarding the mass layoff.

In case you missed it, on September 29, Chairman of Disney Parks, Experiences and Products Josh D’Amaro released a statement which announced the unfortunate news that tens of thousands of Disney Cast Members will be laid off:

Over the past several months, we’ve been forced to make a number of necessary adjustments to our business, and as difficult as this decision is today, we believe that the steps we are taking will enable us to emerge a more effective and efficient operation when we return to normal. Our Cast Members have always been key to our success, playing a valued and important role in delivering a world-class experience, and we look forward to providing opportunities where we can for them to return.

Though this is extremely heartbreaking and unfortunate for so many, this news is not only upsetting the Cast Members who are being affected. The outpour of support from Disney fans, Guests, friends, and family members all around the world has taken over social media as posts are shared showing the love and appreciation for all those who have helped create magical memories day in and day out.

Recently, a petition has surfaced, which demands that the company reconsider the mass Disney layoffs to help save the jobs of the 28,000 Cast Members impacted.

Below is the official description of the petition:

Disney Announced on September 29th, 2020 that they will lay off 28,000 Cast Members in an effort to save money. What’s even the point? They are worth over 200 BILLION, so if they lose money over paying cast members, it’s money they can afford to lose. 28,000 people will lose their jobs soon and might starve to death or just run out of money.

You can check out the petition for yourself by clicking here.

Note that at this time, Disney has not responded to this petition or other claims regarding the layoffs.

With the layoff notices continuing to go out each day since the announcement, many Cast Members feel as though they are just waiting for the bad news. Approximately 28,000 Disney Cast Members across Disneyland Resort and Walt Disney World Resort will be laid off. In total, Disney has 220,000 employees across the entire company.