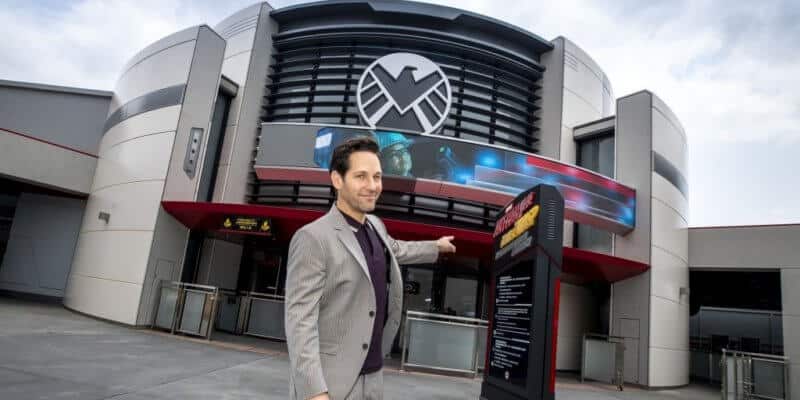 Sometimes Marvel superheroes aren’t just heroes on screen, they are off-screen too!

Today, we have this great video shared on Twitter by user @RexChapman of Ant-Man actor Paul Rudd handing out cookies to people who were in line to vote early in the rain.  The caption reads:

Brooklyn: Paul Rudd is handing out cookies to people standing in line — in the rain — waiting to vote. I adore Paul Rudd…

Paul Rudd is handing out cookies to people standing in line — in the rain — waiting to vote.

We love seeing this act of kindness! Ant-Man actor Paul Rudd is really living up to his on-screen personality.

Ant-Man 3 is currently in the works for Marvel studios. Earlier this year, director of the next Ant-Man installment Peyton Reed said in an interview that:

“We have [cracked the story],” Reed tells us of the film’s status. “Nothing is official yet, but we’re quietly working. We’re working through the pandemic.”

With how fun the previous Ant-Man movies were, we cannot wait to see what they come up with next for the smallest Avenger.

We might have a while until we can see Paul Rudd become the Ant-Man again, but Marvel has another movie that might be out sooner than you think!

After a year of no Marvel movies being released, a feat that has not happened in Marvel history since they initially released Iron Man in 2008, a film is on its way! Black widow will be released May 7th, 2021 to hopefully kickstart the next exciting phase of the Marvel cinematic universe.

Production on Spider-Man 3 is finally back up and running after delays caused by the coronavirus pandemic as well, so there is a lot to look forward to in terms of the future from Marvel movies! Not to mention, Shang-chi and The Eternals which will bring in new characters to the MCU.

Sign up for our newsletter below to keep informed about all the on and off-screen news for Marvel studios!

Do you love seeing Marvel heroes be heroes off-screen as well? Let us know in the comments!