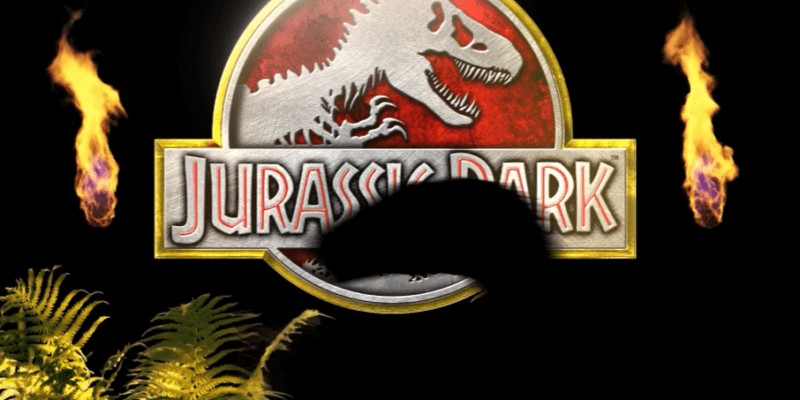 If you have been following Inside The Magic’s journey tracking the new Jurassic Coaster at Universal Orlando Resort, you know that it has been unnamed for quite some time! Well Universal Orlando has now named the coaster the popular name we have been waiting for: VelociCoaster!

Step into Jurassic Park and stand in awe and wonder at a land transformed by science after 65 million years. But don’t be deceived by the island’s beauty because danger lurks behind every corner. Only here can you live the adventure of coming face to face with giant creatures of the Earth’s past, encounter raptors roaming every day, or take a daring raft expedition through jungles teeming with dinosaurs. For those brave enough to visit the raptor paddock, you may be able to carefully approach one of these deadly predators. Then feel the rush of the hunt as you race through the jungle alongside raptors on the Jurassic World VelociCoaster, a new species of roller coaster coming Summer 2021.

Fans have been calling this attraction the VelociCoaster for quite some time now but it was never confirmed by Universal. The announcement also clarifies another question: will this be based on Jurassic Park or Jurassic World. It looks like we will be riding headfirst into Jurassic World as we encounter dinosaurs of all kinds, and finally enter a raptor paddock. It sounds like this coaster will be a race of some sorts, and to me, this sounds like an escape considering the fact that raptors are deadly creatures.

Universal is calling the VelociCoaster a “new species” of roller coaster which is highly exciting. Universal often blows us away with innovation and theme park technology. When Hagrid’s Motorbike Adventure was released, many deemed it the best coaster they have ever rode. It has us on the edge of our seats to know that the VelociCoaster will be unlike anything we have ever seen. It makes me as a theme park goer hopeful that the 2 buildings we see will indeed be showrooms with dark ride elements. Again, that is speculation, but the hype is real.

Opening in Summer 2021 is also a smart move on Universal’s part. By opening next summer, it seems that Universal is allowing time to see if the pandemic can be under more control so that the coaster can open when there are fewer restrictions and travel bans. Again, Universal never said this, but a new groundbreaking coaster is a great way to draw in tourists who will hopefully be traveling more frequently by then.

What else do we know about the VelociCoaster?

Since the reopening of Universal Studios and Universal’s Islands of Adventure, the VelociCoaster (previously known as the Jurassic Coaster), has been moving along quickly with construction. The coaster’s track was completed, dinosaurs were flown in, testing happened, and most recently we saw rock work progression and hatched dinosaur eggs. And now that the velociraptor theming is confirmed, those eggs could definitely be a velociraptor egg that hatched as you are riding the VelociCoaster. This Universal park is looking very tempting to visit next summer. 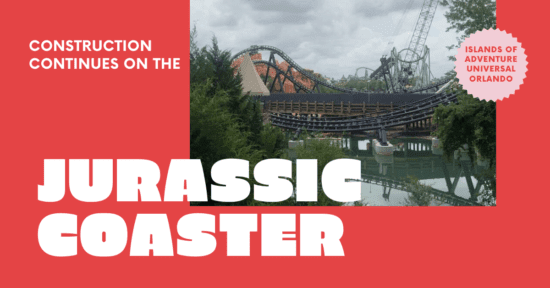 We may know the name but this roller coaster still has so much more information to tell us. It will be exciting to watch the theming really come to life now that the name has been announced.

If you want to be the first to ride this new theme park attraction next summer, the best way to do that is with a travel agent! Click here to get started today!

Are you excited for the VelociCoaster? Let us know below!