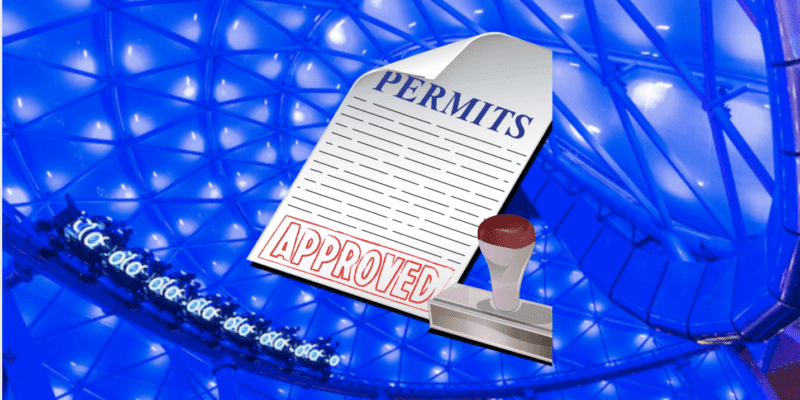 As you can see from this map below, both of these locations appear to be located inside of Magic Kingdom, in the Tomorrowland area. 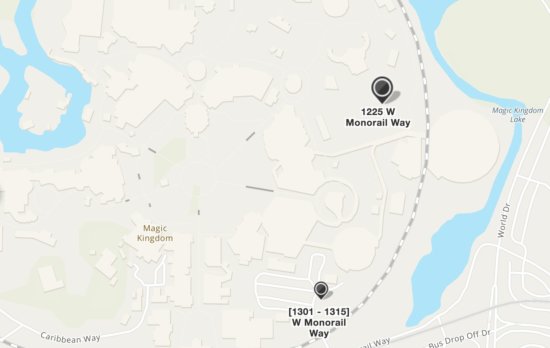 Today’s permits were prepared by Alex Ammermann of the Buena Vista Construction Company and were filed specifically to “Provide labor, material and/or electrical for construction.” Although the exact project is not stated on these Disney World construction permits, the locations indicate that they are likely related to the TRON: Lightcycle Power Run roller coaster.

Work on this new Tomorrowland ride is progressing and the project is still presumed to be on-track for a Disney World 50th Anniversary celebration opening.

The new TRON attraction, which will be situated near the iconic Space Mountain, and is modeled after the popular Shanghai Disneyland ride. The official description of the Shanghai TRON Lightcycle Power Run description reads:

Keep in mind that Disney has not confirmed these two new construction permits are for the TRON coaster, but given the addresses and the current progress on the ride, it seems likely that they are associated with this upcoming attraction.

Yesterday, August 31, Disney filed another Magic Kingdom construction permit, this one for a location near Be Our Guest restaurant at 1400 Magic Kingdom Drive.

This permit is for “General Construction,” which could refer to just about anything, from repairing walkways to making improvements to a structure. If there are any additional developments about this Disney World permit, Inside the Magic will bring you the news quickly.

Are you excited about these recent Magic Kingdom construction permits?