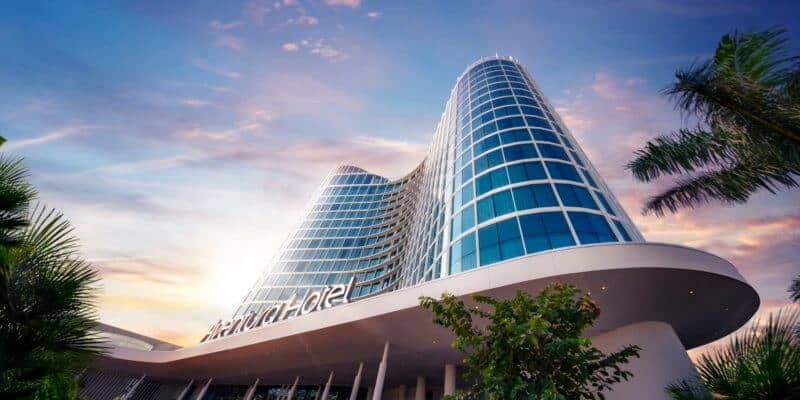 A father is suing Universal Orlando Resort, Loews Corp., and several other organizations after his son committed suicide in 2019 by jumping from the roof-top bar, Bar 17 Bistro at Universal’s Aventura Hotel.

According to the Orlando Sentinel, Alfred Bahna believes his 27-year-old son Matthew’s demise to be a wrongful death, accusing the Universal Orlando hotel’s employees of excessively serving his son alcohol while he was in an open-air rooftop bar that lacked sufficient barriers. Bahna filed the suit last week for more than $30,000 in Orange Circuit Court.

Bahna claims in the lawsuit that his son was “intoxicated to the extent that his normal faculties and judgment were substantially and significantly impaired,” claiming his son — who was 5’3″ — drank six tall drinks in only 90 minutes.

The lawsuit also claims that Matthew remained at the bar close to midnight and began acting suspiciously, scaling the perimeter walls and no bar employees were monitoring him.

After three attempts, Matthew was able to pull himself over the glass wall and jump to his death.

“The defendants knew or should have known that the open-air design of the rooftop deck of the Bar 17 Bistro was unsafe and had inadequate barrier protection,” the lawsuit states, alleging it was “foreseeable” that it was possible for drunk patrons to climb on a sink or furniture to scale a barrier wall that lacked “protective measures, such as anti-climb roller bars.”

“We want Universal to put up safeguards, whether it be a net, more security, spikes on top of the wall, whatever it is,” Alfred Bahna told the Sentinel last year. “They have plenty of money to do it right.”

Universal, Loews, and the Bahna family attorney were all unavailable for comment, according to the Orlando Sentinel’s report.

If you are ever in a crisis, know that help is available. Please call the National Suicide Prevention Lifeline at 1-800-273-TALK (8255), or contact the Crisis Text Line by texting TALK to 741741.