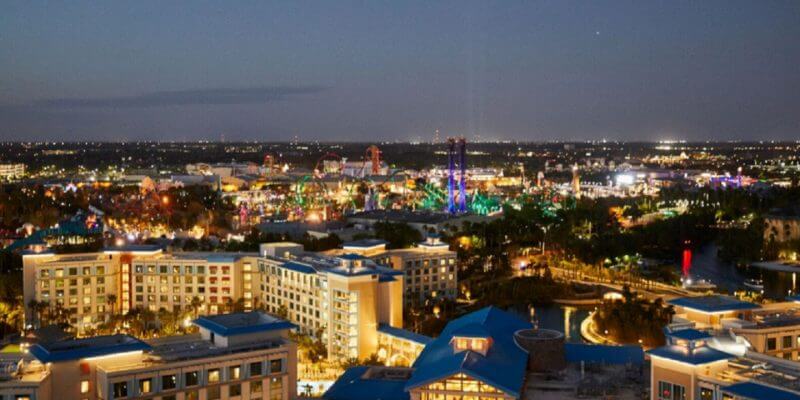 A lawsuit stemming from a suicide jump at Universal Orlando Resort has been settled.

Universal Orlando settled a wrongful death lawsuit filed by the father of a 27-year-old man who died by suicide in a fall from the Resort’s Aventura Hotel in 2019, according to reports from the Orlando Sentinel.

Matthew Bahna died on August 12, 2019, at about 12:30 a.m. According to the police report, he scaled an 8-foot glass wall at the Bar 17 Bistro on the 17th floor of Universal’s Aventura Hotel before falling to his death.

Alfred Bahna, the father of Matthew, sued several defendants, including Universal Orlando and hotel owner Loews Corp., in Orange Circuit Court back in September 2020, seeking damages in excess of $30,000.

In the lawsuit, he alleged that the open-air rooftop Bar 17 Bistro “lacked sufficient barriers and the bar’s employees served his son too many drinks over a short timespan” causing Matthew’s judgment to be “substantially and significantly impaired.”

Both Alfred and his wife, Kerry Bahna, visited Universal’s Aventura Hotel after the incident and shared with the Orlando Sentinel that they were “surprised by the lack of safety guards” on the rooftop bar. They also shared that they wanted Universal to install more safety measures.

Loews Hotels describes Aventura as “the modern and stylish place to stay.” The hotel is within walking distance of Universal’s Volcano Bay and offers great views of all three Universal Orlando theme parks, including Universal Studios Florida and Universal’s Islands of Adventure, and is underscored by a design that is vibrant, free-flowing, and calming.

The exact details of the lawsuit settlement were not disclosed and Universal Orlando has not issued a statement.

If you or a loved one is in crisis, the National Suicide & Crisis Lifeline offers 24/7 confidential assistance. Please reach out by calling or texting 988 or chatting with a trained crisis workervia the Lifeline’s website.