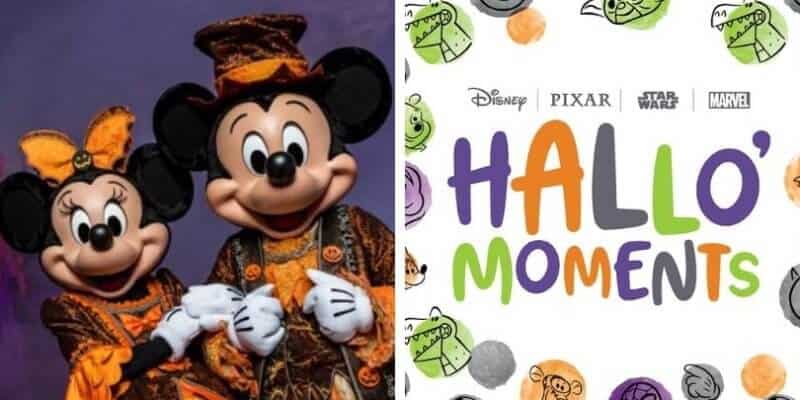 The fall season has officially begun at Disney Parks around the world. Even though there aren’t special events like Mickey’s Not So Scary Halloween Party, the spooktacularly awesome Halloween decor is dressing Walt Disney World and Disneyland Paris.

And this year, even adults can wear Halloween costumes to Magic Kingdom at Disney World! Whether you’re dressed in your best Halloween costume or not, you’ll still be able to see the adorable Disney characters in their’s on the Halloween cavalcade.

But if you don’t have plans to visit the Disney Parks this spooky season, there are still ways to celebrate Halloween, the Disney way. Starting now through Halloween, Disney will be having weekly Halloween activities for the tricksters at home!

Here are some of the themes to come over the next six weeks:

One of these special events is a Disney Halloween costume dress up and dance contest! The contest opens up today, September 18th and runs for one month. Enter for a chance to win one of four $1,000 gift cards to use at shopDisney.com or a Disney store.

*shopDisney “Halloween Dance Party”
NO PURCHASE NECESSARY. Enter Contest between 9/18/20 at 12:00 PM PT and 10/18/20 at 11:59 PM PT. Open to legal residents of the 50 U.S. & D.C., who are 18+ at time of entry. Limit 1 entry per person. See Official Rules shopdisney.com/HalloweenContest for full details on how to enter, eligibility requirements, prize descriptions and limitations. Void where prohibited.”

Our favorite pals are getting ready to celebrate the spooky season and we want you in on the fun! Participate for your chance to win $1,000 Disney gift card! NO PURCHASE NECESSARY. Enter Contest between 9/18/20 at 12:00 PM PT and 10/18/20 at 11:59pm PT. Visit our link in bio for Official Rules.

Will you be participating in the contest? Let us know in the comments.

Comments Off on #DisneyHalloMoments and a Chance to Win $1,000 to shopDisney!