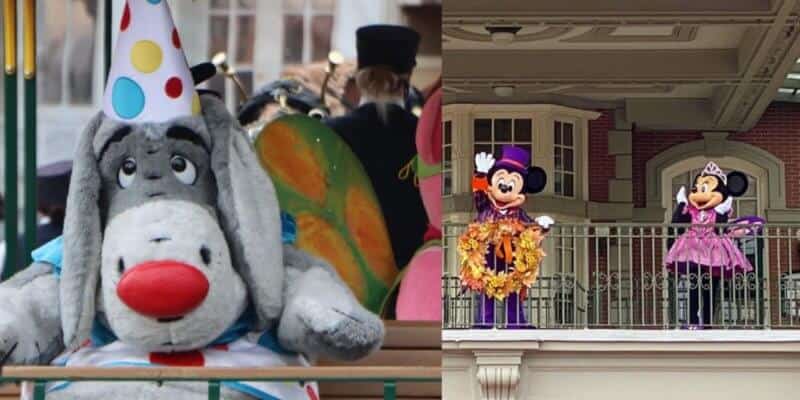 With Halloween decorations going up at Magic Kingdom today at Walt Disney World, it is really starting to feel like Spooky Season at the Magic Kingdom! Although we are in the middle of a pandemic and many Halloween offerings have been reduced, there are many debuting today which are brand new!

One of which is the Disney character Cavalcade: Halloween edition. Since re-opening, Disney World’s solution to not have parades or meet and greets have been the character cavalcades. It seems that we get to see characters roaming the parks in their respective vehicles a lot more often now! For Halloween, Disney has announced both character cavalcades of Halloween costumes, as well as villains.

And the first cavalcade rode down Main Street, U.S.A. this morning!

In this first cavalcade, we can see Winnie the Pooh and friends going down Main Street U.S.A. in their adorable Halloween costumes! These characters may swap out for others throughout the day, which will keep it exciting when you hear a cavalcade coming your way.

Mickey and friends were also spotted at the entryway of Magic Kingdom greeting guests in their Halloween costumes. Seeing the characters and the decorations fill Disney World makes us feel like Halloween has finally arrived.

Are you going to be at Disney World this spooky season? Let us know!