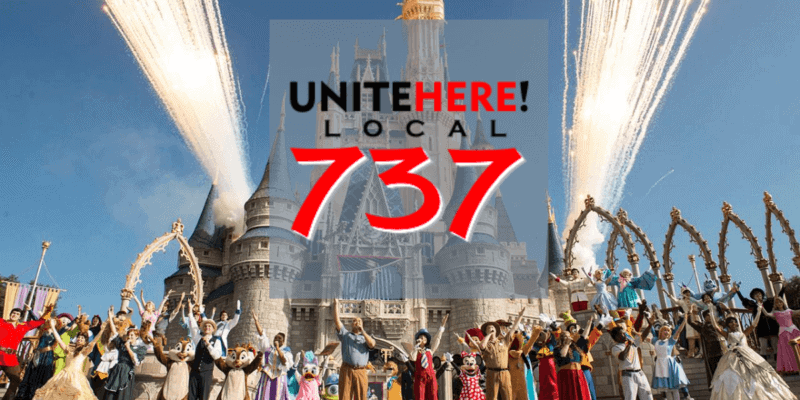 This morning, a line of cars was spotted at an Orlando-area drive-up Disney Cast Member Food Bank. It contained hundreds of people and was estimated to be around two miles long.

According to the Orlando Sentinel, the Walt Disney World Cast Member Union Unite Here! Local 737 has been running operating this particular food bank for the past four months. This Union. Consisting of mostly Disney hotel housekeepers and food service workers, have spent over $100,000 on groceries over the past 16 weeks while the Sunshine State’s tourism capital suffered tremendously from the health and safety concerns and restrictions surrounding the global pandemic that brought Florida’s theme parks and all-around tourism to a standstill.

This food bank feeds other furloughed Walt Disney World Cast Members, but also those in other aspects of the tourism industry or others who saw their businesses fall. But they told the Sentinel that no questions are asked, nor does one need to show proof of how the pandemic has affected them.

“Every week it gets worse,” said Nick Canturano, a furloughed server at a Hollywood Studios buffet restaurant, who volunteers every week. “As they’re rolling up, they try to unload a little bit. You just say, ‘I know, I know.’ You don’t know what to say. And you got to keep the line moving.”

Volunteers said that this was the worst they have seen it. Beating Saturday’s number of 730 cars. The food bank does not open until 9 A.M. and the line began forming at 4 A.M.

Unite Here! 737 is not alone in these efforts. The Society of St. Andrew, a faith-based hunger-fighting national nonprofit, has also pitched in food and supplies. On Saturday alone, they donated over 1,300 gallons of milk!

“It definitely helps. I would not have gotten up this early if it didn’t,” said furloughed Cast Member at Disney’s Animal Kingdom, Melissa Atkinson said. “I could not be more thankful.”

When Florida Governor Ron DeSantis held his round-table meeting with officials from Walt Disney World Resort, Universal Orlando Resort, and others, he spoke of a “ripple effect” that spreads throughout the community due to the third-party industries and small businesses that rely on these theme parks operating and attracting Guests.

While the resorts are reopening, and some employees are returning to work, that ripple effect can be seen in that two-mile-long food line, and the area’s unemployment rate, the latest of which will be released on September 2.

As unemployment woes still cripple Floridians out of work–with the Federally-backed $600 addition to Florida’s weekly $275 unemployment check ending July 31–DeSantis still sees the best way to help Floridians is to get them off unemployment and back to work as he supports places like Disney and Universal finding ways to operate safely. 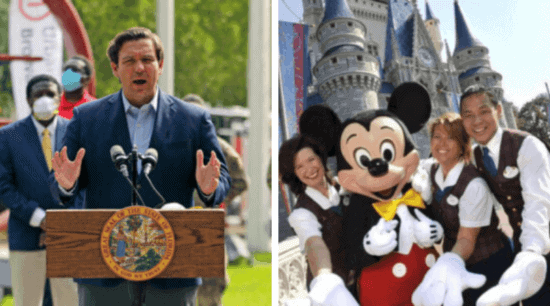 But with both Universal and Walt Disney World cutting park hours either re-closing or extending the closure of other hotels due to low attendance, one has to wonder when this “ripple effect” will begin working in people’s favor once again. Having this Cast Member Food Bank available can definitely help those employees who will need it.

If you or someone you know in the Orlando area has been laid off or furloughed and are in need of assistance, you can find this food bank at the Union Hall on LaQuinta Drive, about one mile away from the Florida Mall.