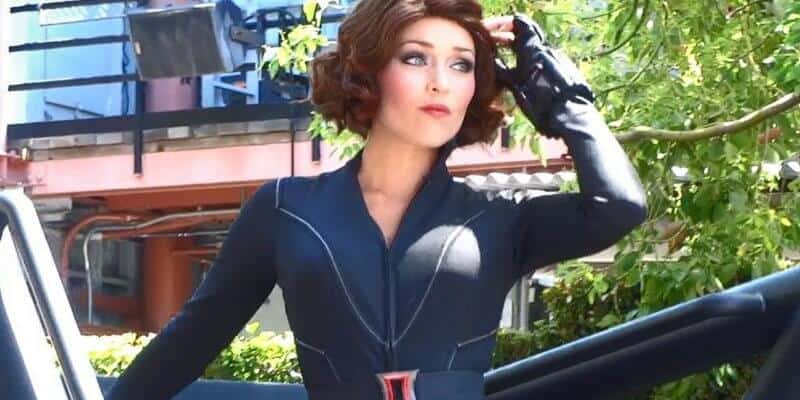 According to the Disney Auditions website, the search is on for a professional stunt performer to fill the role of Black Widow.

Black Widow
Casting professional STUNT PERFORMERS with extensive training to portray BLACK WIDOW. Black Widow (5’4″ – 5’8″) has an athletic build.  Ideal candidates would be highly proficient in hand to hand combat and be able to demonstrate a series of physical skills based on the role.  Skills may include, but are not limited to: acrobatic skills, tumbling, stunt baton wielding, and repelling.

We have previously covered that Disneyland already put out a casting call for stunt performers to play Captain America, Black Panther, and now Black Widow has been added to the same casting call.

We know that all three of these characters of the Marvel Cinematic Universe (possibly more?) will be included in the new stunt show once Disneyland reopens and Avengers Campus finally makes its debut. But we don’t yet know exactly when they will start performing, where exactly in the new land the stunt show will be held, or even what the show will fully entail. We will be sure to update our audience as more official word comes from Disney itself.

This is only the latest news of progress to come out of Avengers Campus, coming on the heels of the Quinjet addition teased by Walt Disney Company Chairman of Disney Parks, Experiences and Products Josh D’Amaro himself.

Related: What’s Your Superhero Secret Identity? You Need One to Work at Disney’s Avengers Campus!

Remember, for those looking to audition for the role of Black Widow, in order to be considered, you must be authorized to work in the United States, at least 18 years old with a High School diploma, a willingness to comply with all Disney grooming guidelines, and employment standards. These roles will also require physical exertions and work in all weather conditions.

Think you have what it takes? Click here to submit your interest in the role today.

Want to take a look at Black Widow in past performances at the Disney Parks? Check out this video of a heroic encounter at Disney California Adventure Park featuring Black Widow herself!

Click here to book a trip to Disneyland Resort!