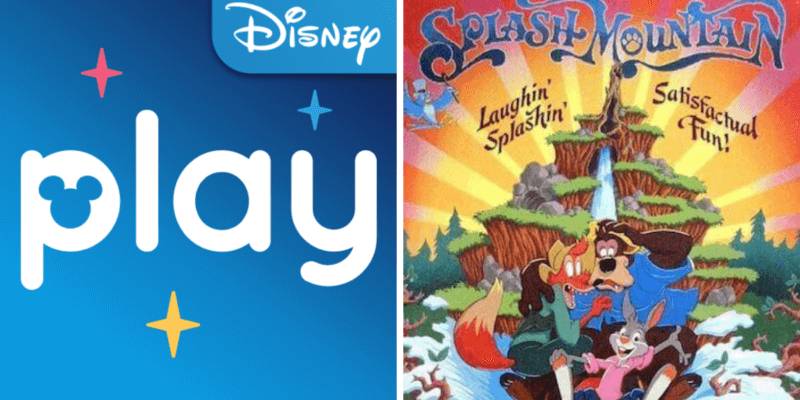 There has been an update to the Play Disney Parks App. The Splash Mountain-themed game, “A Zip-A-Dee-Doo-Dah-Day,” has been removed from the Walt Disney World section of the app.

The news began to spread this morning, a day after the latest update was released where it was said the developers “fixed bugs and made improvements to the overall Play Disney Parks app experience.”

Here’s a screenshot of the area:

This interactive game allowed Guests to find their Laughin’ Place while taking part in Splash-Mountain-themed mini-adventures either while standing in line for the log-flume ride or anywhere in Magic Kingdom park.

Participation in this game allowed Guests to earn an achievement called the Splash Mountaineer. Guests can still earn this badge but instead of playing the game, Disney now tells guests the following:

As you approach the attraction…

Before the fun begins, be sure your device is on and logged in to your Playfile, enable Bluetooth technology and set your location permission to “Always Allow”. Soon after the attraction ends, you’ll receive an achievement!

Other magical ways to achieve

The news of its removal comes shortly after we at Inside the Magic could confirm that Splash Mountain’s iconic song, “Zip-A-Dee-Doo-Dah” was removed from the Disneyland resort esplanade music loop. An act which Disneyland officials defended by saying, “The removal of the song from Downtown Disney’s background music is part of a continuous process to deliver an environment that features stories that are relevant and inclusive.”

There is little doubt that both the removal of the song at Disneyland and the removal of the game at Walt Disney World are steps in Disney’s slow removal of Splash Mountain, its characters Br’er Fox, Br’er Bear, and Br’er Rabbit and their controversial origin, Song of the South, from the U.S. theme parks before undergoing a retheme to Princess and the Frog.

How do you feel about the removal of the Splash Mountain Play Disney Parks game? Did you ever get to play it? Let us know in the comments!