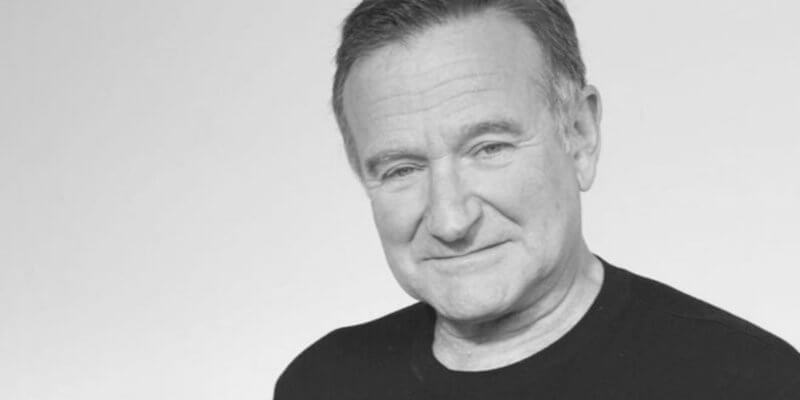 Robin Williams — A legendary actor and comedian who has left an incredible legacy.

From TV’s Mork and Mindy to movies including Mrs. Doubtfire, Dead Poet’s Society, Good Morning, Vietnam and of course voicing the lovable Genie from Disney’s animated classic Aladdin, Robin Williams has portrayed so many iconic roles. And the tragic passing of the talented actor and comedian is still felt by fans all over the world to this day.

And now, a new documentary titled Robin’s Wish will be taking fans through the final days of Robin’s life. From those closest to him to those who worked with the actor during his final days, Robin’s Wish will give viewers and fans an inside look at what Robin Williams was really battling before his death.

The documentary will give a real look at the late comedian as he was still entertaining and making people laugh with his comedy while he battled Lewy Body Dementia, a disease that affects nearly everything in some way.

Some of those who we will hear from include Williams’ wife, Susan Schneider Williams, Night at the Museum director Shawn Levy, and more. You can watch the trailer here:

You can hear Levy recall himself feeling something was off with Robin during their work on the third film of the franchise, Night at the Museum: Secret of the Tomb. “The last movie, it was clear to all of us on that set that something was going on with Robin,” Levy said. “I remember him saying to me ‘I don’t know what’s going on, I’m not me anymore.'”

Susan Williams said things started to become a bit more clearer the second she saw the coroner’s report, which revealed what Robin was dealing with before he passed. “I was called in to go over the Coroners report, and that was the beginning of understanding what had really gone on,” Williams said. “My husband had unknowingly been battling a deadly disease.”

“Nearly every region of his brain was under attack. He experienced himself disintegrating,” Williams continued.

If you aren’t aware just how awful Lewy Body Dementia is and how it really affects people, Director of the Memory and Aging Center Bruce Miller explains by saying, “Lewy Body Dementia is a devastating illness. It increases anxiety, self-doubt, causes delusions that have never been present in someone.”

But even through all of this, the talented actor and strong-willed human being, continued to fight it, and that’s what Susan wants people to know. “The way that he was able to battle through the inner turmoils, he was a freaking warrior,” Williams said.

You can view the official description for Robin’s Wish below:

An intimate portrait of Robin Williams and his invulnerable spirit, Robin’s Wish is the story of what really happened to one of the greatest entertainers of all time – and what his mind was fighting.

Robin’s Wish will arrive to VOD on September 1.

Will you be watching Robin’s Wish? Let us know in the comments below.