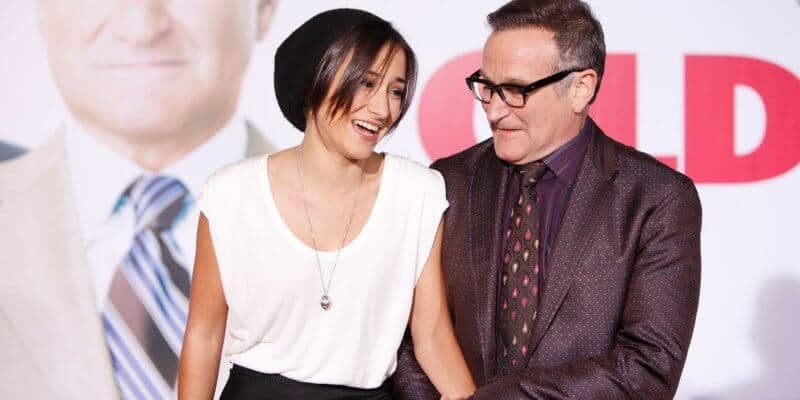 Zelda Williams, the daughter of late comedian Robin Williams, just shared some priceless photos on social media that she came across of her and her father.

Williams was cleaning her home when she found a strip of photos (that looks as though they came from a photo booth) of herself and her father and social media is blowing up over them!

She immediately took to Twitter to share this keepsake and needless to say, everyone loves it as it is a great way to remember her father’s legacy.

“Isolation spring deep cleaning is turning up some fun old gems,” Williams wrote alongside posting this amazing photo strip of Robin and his daughter.

And then, replying to another Tweet, Williams revealed both her and her father were visiting MTV’s TRL when she was a teenager and they were even with the singer, JoJo!

This isn’t the first time we had some fun from Zelda Williams relating to her late father. Back in January, Zelda Williams decided to try the fun and viral Instagram filter out, and take a look at her results!

She matched with her fathers famous character from the Disney Animated Classic, Aladdin. The late legendary actor is known for voicing Genie, and Williams was a bit surprised (but ecstatic) when she saw his character pop up above her head. You can read more about Zelda taking the Instagram filter challenge here.

Needless to say, we are seeing a bit of Robin live on through his daughter and to see her father’s legacy live on — we love it.

If you are looking to get your Robin Williams fix, and are looking for something to do while practicing social distancing during this unfortunate time, be sure to check out Disney’s Animated Classic, Aladdin, which is available now on Disney’s streaming service, Disney+.

How adorable were the photos Zelda Williams shared of her and her late father? Let us know your thoughts in the comments below.