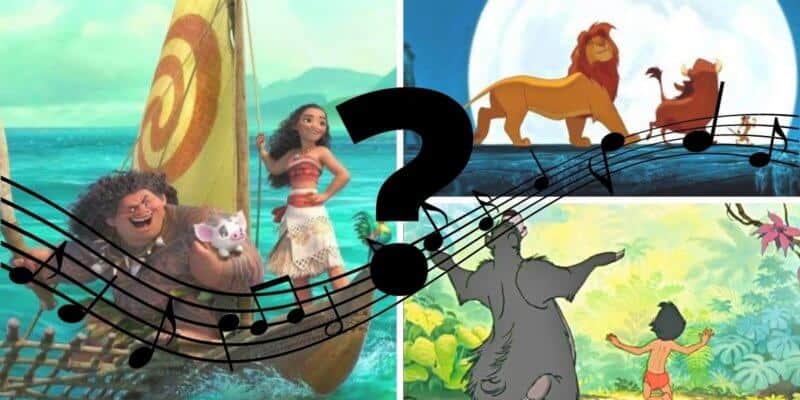 The Lion King‘s “Hakuna Matata”, Toy Story‘s “You’ve Got A Friend in Me”, Moana’s “You’re Welcome” — The list goes on and on.

I think we can all agree on the fact that Disney movies are filled with several different happy and uplifting songs that it seems almost impossible to decide which one is actually the most uplifting.

Well, RadioTimes decided to run a poll to find out which top three songs they consider the most uplifting. The survey polled 11,000 fans and asked them to cast their top three favorite uplifting songs from Disney+. Let’s dive in and see what they had to say.

What is the most uplifting Disney song?

11,000 fans participated in RadioTime’s survey which asked them which Disney song from Disney+ made them the happiest when they heard it. Here is what they had to say.

“Bare Necessities”, sung by Baloo (Phil Harris) and Mowgli (Bruce Reitherman) in the 1967 classic The Jungle Book came in first place which was voted for by 40% of the readers. This song was closely followed by the iconic Randy Newman’s “You’ve Got A Friend In Me” from Pixar’s Toy Story. Tying for second place was The Lion King’s “Hakuna Matata”. Both “You’ve Got A Friend In Me” and “Hakuna Matata” are Oscar-nominated songs and each received 29% of the vote.

With 25% of the vote, both of Moana’s hit songs written by Hamilton‘s Lin-Manuel Miranda, “You’re Welcome” and “How Far I’d Go” tied for third place.

Tim Glanfield, Editorial Director of RadioTimes.com stated, “Brilliant films and their soundtracks have the ability to stay with us throughout our lives – they make us smile and they make us cry, and can transport us back to times and places we remember fondly.”

“So it’s no surprise to see that Disney classics both old and new mean so much to the British public, and iconic songs like ‘The Bare Necessities’ from The Jungle Book continue to cheer up the nation over half a century after they were first released.”

What song do you consider the most uplifting? Do you agree with “The Bear Necessities”? Let us know in the comments below.

Comments Off on Disney Fans Weigh in on Most Uplifting Song