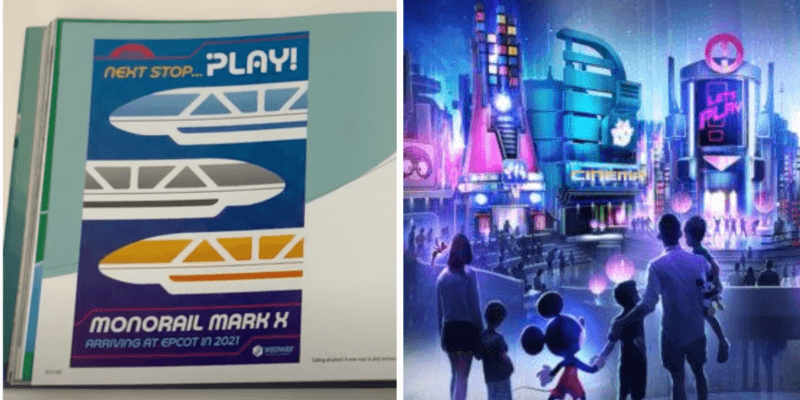 The Disney Monorail: Imagineering a Highway in the Sky is arriving in the hands of book reviewers before it reaches the general public, and one review shows monorail fans the book teases of stuff to come.

It appears that a monorail attraction called “Monorail Mark X” is going to be coming to EPCOT’s new Play! Pavilion in 2021.

This tease comes on the very last page of the book, as YouTube reviewer @imaginerding shows his audience:

You can watch the full YouTube Review and get a glimpse of everything The Disney Monorail: Imagineering a Highway in the Sky by Jeff Kurtti, Vanessa Hunt, and Paul Wolski has to offer. It goes on sale to the public on September 1, 2020.

We already know that the Play! Pavilion is going to feature some state of the art interactive games for Guests to participate in. But little is still known about what activities will actually be available when the pavilion opens at World Discovery for Walt Disney World’s 50th Anniversary Celebration in 2021.

We should also reiterate that this advertisement is just a tease, and we will continue to keep our ears open for more confirmation on this project from Disney itself. 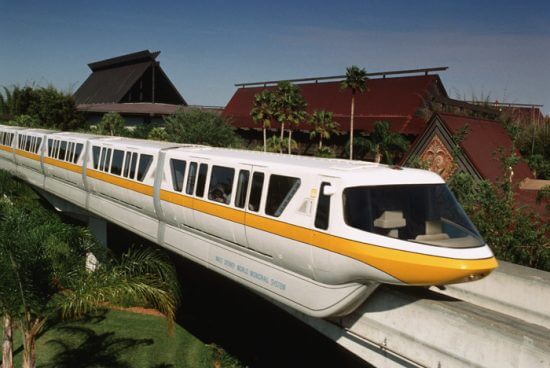 As for the actual monorails, they are a staple of Disneyland, Walt Disney World, and Tokyo Disneyland. As of now, the aging Mark VIs aren’t going anywhere and Disney World fans await the new Mark VIIIs (the Disneyland Resort in Anaheim, California has the Mark VIIs).

The Walt Disney World Resort’s monorail lines take Guests from the Transportation and Ticket Center to either Magic Kingdom Park or EPCOT. It also connects Guests staying at Disney’s Contemporary Resort, Disney’s Polynesian Village Resort, and Disney’s Grand Floridian Resort and Spa to the Magic Kingdom and the TTC. But since Disney has prohibited park hopping, for the time being, the monorail line from the Transportation and Ticket Center to EPCOT is closed.

As for EPCOT, it will be interesting to see what projects are available in the Play! Pavilion. Walt Disney World has already announced that cutbacks are being made to EPCOT’s major revamp with its planned Mary Poppings attraction and Spaceship Earth refurbishment delayed indefinitely.

Are you a monorail fan? Where does the highway in the sky rank among your favorite Walt Disney World transportation systems? What do you think about playing a monorail-themed game in EPCOT’s new Play! Pavilion? Let us know in the comments!