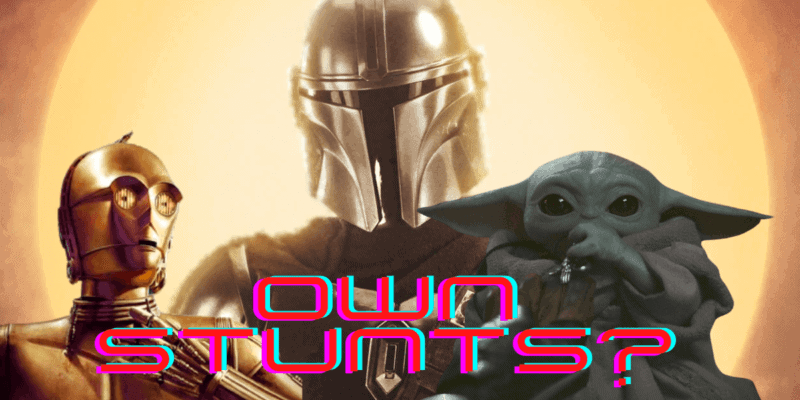 Speaking to Collider this week, Giancarlo Esposito revealed that he did all of his own stunts while filming the upcoming Mandalorian season two.

The 62-year-old is already considered an incredibly impressive actor thanks to his work on Breaking Bad, but to know that he does his own stunt work makes him even cooler. Here’s what he told Collider:

“I don’t want you to have any spoilers, but I did all my stuntwork on my own, without a lot of rehearsal, even though it’s a fairly big budget, technological piece with the volume and all the things that are going on … Sometimes that leaves less time to pay more attention to, and the stuntwork, by the way, has been with an Emmy nomination as well, to do that.”

“Having a lightsaber, I have a couple different ones, because of the technology that’s involved … They sometimes put the saber in and I have to have a handle only. But in working with that handle, I have to remember that there’s four and a half, five feet more of that saber. So it’s the way you handle it, so I had to practice. And sometimes I have a full saber that lights up, and I hope I’m not giving too much away in regards to the technology of it.”

“So it was a bit complicated, and I have to laugh because I don’t hold back. And so, some of our stuntwork in this season … I remember the props guy coming to me and saying, ‘Okay, this is our last lightsaber,’ because you gotta pull your hits … but you want it to look real.”

The Star Wars universe isn’t exactly known for its action (at least not with the level of authenticity found in, say, Mission Impossible) Though the prequels famously introduced more martial arts inspired combat and an emphasis on using a stunt coordinator.

Star Wars: The Mandalorian also included some fantastic action scenes that harken back to its Western influences. Star Wars fans were pleased to see such a well-produced show, and the final episode‘s tease of the villainous Moff Gideon wielding the Darksaber was the icing on the cool cake.

To say this Mandalorian star did his own stunts at the age of 62 is a great thing for the authenticity of the show. It’s also awesome to see an older actor show that they can play a stunt heavy character without the need of a stunt double, particularly when we know that lead Pedro Pascal has two!

It’s not just the title character that kicks butt in this Disney+ show!

What do you think about the fact that Giancarlo Esposito didn’t use a stunt double? Let us know in the comments below.

Comments Off on Which ‘Mandalorian’ Star Just Confirmed They Did Their Own Stunts?