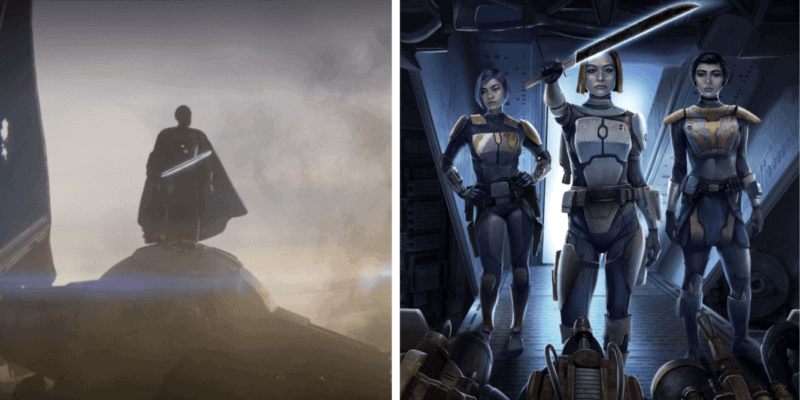 Even though Moff Gideon (Giancarlo Esposito) didn’t appear with the Darksaber until the final episode of The Mandalorian Season 1, the black-bladed lightsaber is poised to play a major role in Season 2 of the hit Disney+ Star Wars series.

While speaking to Deadline about The Mandalorian’s sophomore season recently, Esposito said, “You’ll see more of the Darksaber, you’ll get the explanation of this ancient weapon to the modern world, a collapsed world.

He continued, “Where did this saber come from and how was it revived? It’s a key in our second season, which will be back sooner than later.”

Mandalorian creator Jon Favreau has already confirmed that Season 2 will debut as scheduled in October, which is great news for fans who are interested to see the continued story of The Child and Din Djarin (Pedro Pascal).

The second season will also feature a host of fan-favorite Star Wars characters, primarily from Star Wars: The Clone Wars and Rebels.

One new addition is Bo-Katan Kryze (Katee Sackhoff), who was given the Darksaber by Sabine Wren in Rebels. This has led to rampant Star Wars fan speculation that her appearance in The Mandalorian will be directly connected to Gideon’s possession of the Darksaber.

In his Deadline interview, Esposito shared, “(The saber) is a key to Moff Gideon’s past, which possibly has a lot to do with where he comes from and his desire to build a planet and bring it back together.”

The Darksaber itself is unique in Star Wars lore, with the Star Wars fandom wiki sharing this origin story:

The Darksaber was an ancient and unique black-bladed lightsaber created by Tarre Vizsla, the first Mandalorian ever inducted into the Jedi Order, prior to 1019 BBY. The weapon was kept in the Jedi Temple after Vizsla’s passing, but members of House Vizsla stole the saber in a conflict with the Jedi during the fall of the Old Republic.

Following this, the black lightsaber went on quite a journey, even falling into the hands of Sith Lord Maul at one point.

Are you looking forward to The Mandalorian Season 2 Darksaber storyline? What do you think is going to happen with Moff Gideon’s character?