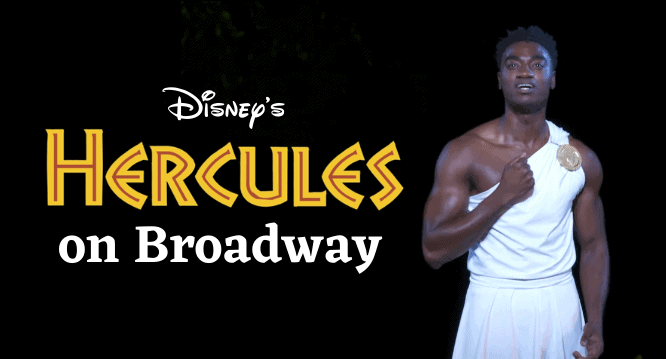 Who puts the GLAD in GLADIATOR? HERCULES! That’s right folks, in the age of social media, TheatreFan is reporting that we’re going to get front row seats to the making of Hercules on Broadway.

Last summer’s Public Theatre production of Disney’s Hercules was a stage test, as many Disney musicals are treated to this form of incubation before graduating to the Great White Way. Alan Menken himself has been interviewed speaking about his Broadway treatment of this Golden Age Disney Classic…

Zero to Hero In The Park

Public Works (a division of The Public Theatre) presented the heroic story of HERCULES in the summer of 2019, brought to life by professional actors and community groups from across New York City.

The production, based on the Disney film, prominently featured the film’s beloved score, plus additional original songs by composer Alan Menken and lyricist David Zippel, with a new script/book by Kristoffer Diaz. Public Works deliberately blurs the line between professional artists and community members, creating theater that is not only for the people but by and of the people as well. That means that artists like you and me come together to create something special, and soon, the work will rise to Mt. Olympus. 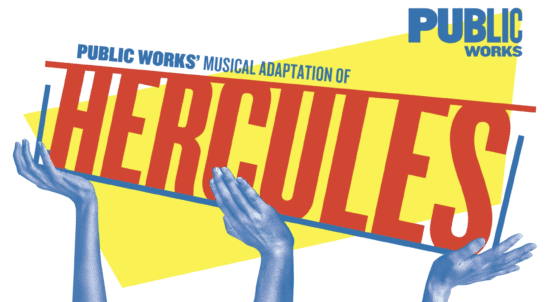 The Public Theatre’s Youtube Channel has been sharing some hit musical numbers from the summer show, like “Go The Distance,” as well as a montage of show scenes to give a flavor of the production’s community-style and it’s unique cobbled aesthetic.

The biggest news since the park production closed is that the new stage adaptation of Disney’s Hercules will reportedly be coming to Broadway in the future, according to the film’s composer, Alan Menken.

Rosie O’Donnell hosted one-night return of her talk show where she interviewed Broadway stars to raise money for the Actor’s Fund. Alan Menken, Disney legend, was one of the stars interviewed, and he treated us to some news about his upcoming projects. After production stopped on The Little Mermaid (Where he and Lin-Manuel Miranda recorded 4 new songs), he has been working on DisEnchanted, and polishing a stage version of the Disney Animated film, Hercules, for its return to the stage. Menken mentioned The Public Theatre’s in-park test of the musical and seemed excited about its development journey to Broadway in the TheatreFan article:

“Menken commented in a recent interview when asked about Hercules, stating: “…Well, now Hercules’ time has come…We did this theatrical production in Central Park, last summer. It was the hardest ticket to get, and now we have an adaptation ready for Broadway, once Broadway is ready to reopen…”

Menken has composed songs for Disney classics such as The Little Mermaid, Aladdin, and Beauty and the Beast; created music for Broadway titles including Newsies, A Bronx Tale, and written works for movies including Captain America: The First Avenger. Watch below for Menken’s own words!

Of course, like many Disney musicals in development, those involved claimed that this was the end of the experiment for Hercules. But some Disney fans may remember Seattle’s 5th Avenue Theatre trial with Aladdin. Adamant-feeling press was distributed, claiming the Disney theatrical show was not destined for Broadway, and it was just for “fun.” But those following The Lion King, Frozen, and the sad ending to The Hunchback of Notre Dame knew there was more to the story, and patience was needed.

Here we are, less than a year later, and now word is that Broadway will be welcoming this Greek mythology God with open arms when Broadway is back up and running. We should be tapping our toes to five new songs on Broadway that were included in The Public Theatre’s Off-Broadway version, including “A Cool Day in Hell,” sung by Hades.

Would you buy a ticket to see our hunky Herc? Leave us a comment below!