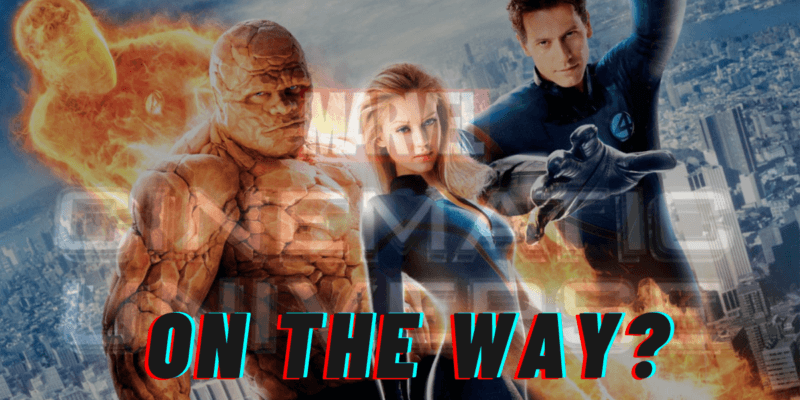 A very minor yet potentially revealing bit of information from behind the scenes of the Marvel Cinematic Universe may mean the Fantastic Four reboot is on its way.

A report from Murphy’s Multiverse has revealed that Disney has this week registered two new production companies: Solve Everything Productions and Grass Fed Productions.

Alright, so what does it mean?

What you first have to understand is that production companies have been registered for every upcoming Marvel comics movie. Except two: The Fantastic Four reboot and Blade, neither of which have any kind of release date.

The second is a strong connection to a specific Marvel comic in which Reed Richards (Mister Fantastic) receives a message saying just that while traveling the multiverse and interacting with a council of himself from different realities (it’s the Marvel universe, just go with it).

Murphy’s Multiverse claims that while we don’t even know that this is a Marvel production for sure, the quote is in character for Reed and could hint at the beginnings of production for the new super hero movie.

Of course, the studio is famously tight-lipped about production, and this is just a rumor at the moment. We have no idea what the story or cast of the Fantastic Four reboot will be, though that hasn’t stopped many a Marvel fan from speculating.

It seems likely that it’ll be an origin story, but even that isn’t confirmed. However, the fact that this quote comes from a multiverse story and we know that Doctor Strange is planning on diving deeper into that territory in his next solo movie, perhaps the rumor isn’t so crazy.

The Fantastic Four will join the MCU

As for Grass Fed Productions, Murphy’s Multiverse speculates that it could be code for the Blade film or a new Secret Wars film, though both seem tenuous.

The Fantastic Four property was famously purchased during Disney’s acquisition of 20th Century Fox. It follows the cheesy yet enjoyable 2005 film and its Silver Surfer-focused sequel, as well as the disastrous version by Director Josh Trank which failed both with critics and the box office. Marvel fans are rightly protective over the comics‘ first family and want to ensure that the Marvel Cinematic Universe‘s Doctor Doom, Human Torch, and the rest of the cast do more justice to the source material than 21 Century Fox ever did.

Perhaps that’s the reason for all the secrecy. They just want to make sure they nail it this time.

Only time will tell.

Related: Hugh Jackman Would Be MCU’s Wolverine If Disney Merged with Fox Sooner

What do you think? Could this company be code for the Fantastic Four reboot coming soon? Let us know in the comments below.