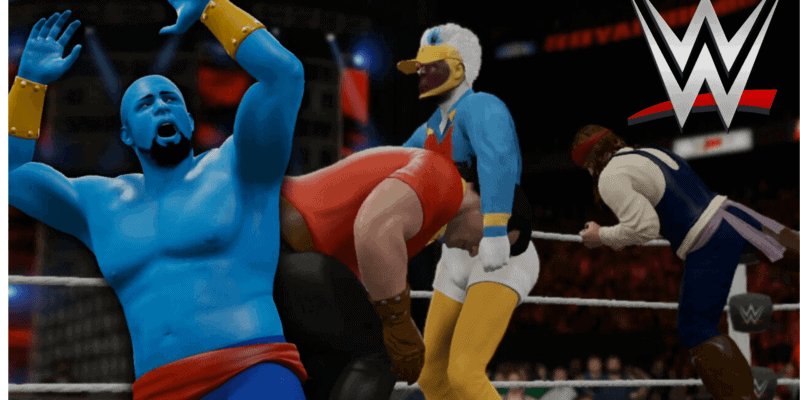 The Walt Disney Company has been pretty spend-happy over the last decade or so. Marvel, Lucasfilm, and Pixar have all been acquired and brought into the family to indisputable success.

But perhaps Disney’s greatest endeavor came just over a year ago with the Mouse’s purchase of 20th Century Fox and its subsidiaries. Now despite the current climate and having to furlough cast members, a rumor suggests that Fox and ESPN (and thereby, Disney) are looking at purchasing something quite different to its other properties: WWE.

The company’s CEO Vince McMahon currently holds the huge majority of shares and thus has the power to decide the future of the WWE. Rumors of internal unrest have been bubbling for a while now, and according to Nerdbot, the coronavirus has delivered a big blow to the WWE.

HUGE NEWS: Any truth to this. Overheard directly out of @WWE Stamford is that a deal is being negotiated to sell WWE & the network to @ESPN and @FOX by as early as Mid May. @mattkoonmusic

While this tweet should certainly be taken with a whole heap of salt (as should most unverified Twitter sources), it’s certainly a compelling notion. WWE, Wrestlemania, and all forms of professional wrestling provide a source of entertainment for millions of people across the world, particularly in America. For many, WWE is as canonized as Disney, and as always, people aren’t likely to take change well, especially when McMahon has become so deeply entrenched within the brand identity of the WWE and the sport on the whole.

That’s not to say that McMahon would abandon the WWE should it be sold to Fox, but as it was with Star Wars, Pixar, and 20th Century Fox itself: ‘Disneyfication’ will be inevitable. While that’s super exciting for us as Disney fans, some WWE fans likely enjoy things as they are right now.

The WWE has been owned by the McMahon family since its inception, and fans are rightly protective. Kids and adults alike love to watch McMahon’s superstars settle old scores and the sport has become increasingly popular over the past few decades.

Disney and WWE in the movies

It’s worth noting that Disney isn’t exactly new to the WWE or professional wrestling in general, as stars like Dwayne ‘The Rock’ Johnson and Dave Bautista have become as much Disney icons as they are WWE legends.

Even John Cena was long-rumored on social media to take the role of Captain America in Marvel’s MCU. That thankfully appears to have been totally false.

Imagine it though; a Disney-led WWE. Perhaps we could start seeing WWE superstar based attractions in the Disney parks. Or a sports complex installed at Walt Disney World to watch live WWE matches. Or semi-professional wrestling matches live at the theme parks complete with the WWE brand’s personalized MagicBands!

Ok, maybe I’m getting a little carried away. It’s just a rumor.

Though, if it does turn out to be true, at least you’ll be able to catch it on a certain Disney streaming service…

So what do you think? Will McMahon sell WWE to Fox and have it join the Disney empire? Or is this just total nonsense brought on by economical paranoia? Which WWE superstar would you like to see in a Disney movie?

Are you both a Disney and WWE fan? How would you feel about a WWE Disney? Whatever you think, drop us a line below to let us know.