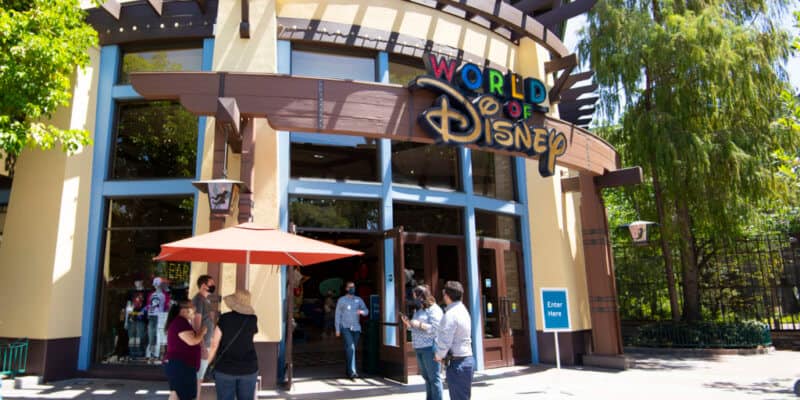 We may not know exactly when Disneyland and Disney California Adventure will reopen. But as of right now, it looks like a lot has to be done behind the scenes in order for the Happiest Place on Earth to begin welcoming Guests again.

At least, according to some Cast Member unions.

An article this week by the Daily Beast outlines some of the requirements that unions representing Disneyland Resort Cast Members are asking for in order for the Disneyland Resort to reopen. Back in June, Cast Members requested that daily COVID-19 testing to be required for all CMs as part of the reopening of the Disneyland and Disney California Adventure theme parks. And while daily testing has not occurred since Downtown Disney reopened, a CM union president alleges that at least one Disney employee has contracted the virus.

Within the report published in the Daily Beast, it is stated that at least one Cast Member has tested positive for COVID-19 since Downtown Disney reopened last month:

At least one District cast member has tested positive for COVID-19 since it reopened, according to Andrea Zinder, president of the United Food and Commercial Workers Local 324, which represents the Downtown Disney employees. The worker began self-isolating after receiving their result on July 24. As part of their reopening agreements, Disney has granted its employees an additional two weeks of paid leave, though COVID-19 symptoms can last well longer. What will happen if the worker tests positive after two weeks? “They’ll have to file for disability,” Zinder said.

Note that Disney officials have not shared anything related to the claim above. It is not known where the Cast Member contracted COVID-19, nor was it stated where the Cast Member works in Downtown Disney. However, we’ll update Inside the Magic when we know more information. We hope this Disneyland Cast Member is feeling better at this time.

So far, Downtown Disney is the only part of Disneyland Resort that has reopened to the public. The shopping, dining, and entertainment district began welcoming Guests on July 9, and since then has required all Guests and Cast Members to abide by certain guidelines to maintain health and safety. Everyone has to have their temperature checked before entering, and all Guests ages two and up are required to wear an appropriate face covering. Social distancing measures are also in place throughout Downtown Disney.

“Although Disney has provided some information and accommodated some of our concerns, such as the need for the company to take temperatures of all cast members as they enter the worksite, there are numerous questions about safety which Disney has not yet answered,” the unions wrote in a June letter to Gov. Newsom, “including any serious discussion of ‘testing’—which has been the cornerstone of plans for other areas of the entertainment industry reopening.”

Disney’s response, according to Unite Here Local 11 Director Austin Lynch, was “absurd and Trumpian”—casting doubt on the efficacy of regular testing. “The existing COVID-19 testing is not viable as a screening tool and not recommended by the FDA to be used in this way,” Disney Labor Relations Director Bill Pace wrote in a response. “Given the current range of false negatives, as high as 38 percent in the most infectious period of COVID-19, testing Cast Members can give a false sense of security.”

This report by the Daily Beast was published this week. And according to the Cast Member Unions’ social media pages — where they often share updates regarding the Disneyland Resort theme park closures and discussions with Disney officials — an agreement still hasn’t been reached when it comes to COVID-19 testing for employees.

Keep in mind that within the NBA Bubble at Walt Disney World Resort, players and select staff are receiving daily COVID-19 testing as the NBA finishes up their season on Disney property. At this time, Disney hasn’t publicly commented on whether this is something that can be feasible to implement at Disneyland Resort. Since Walt Disney World Resort reopened, the Cast Members working in the theme parks, for example, have not received such testing.

We hope that all Cast Members and Guests of the Disneyland Resort and the recently reopened Downtown Disney stay safe and healthy during this time. We will update Inside the Magic as more information related to the reopening of Disneyland Resort becomes available. Until then, we will be looking toward Disney for all official news.

If you are a Disney Cast Member, we wish you the best. Thank you for creating magic for Disney Guests all over the world.