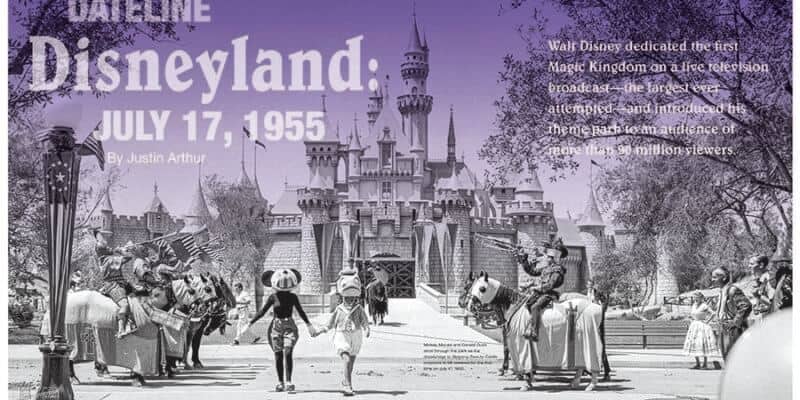 It’s been over 65 years since Disneyland opened. Back then, Disney introduced the world to theme parks, which would go on to spread joy and magic to people all across the globe. Now, D23 is celebrating 65 years of the Disney theme park.

We’ve been celebrating Disneyland’s 65th anniversary this year and sharing plenty of ways for you to celebrate, too. From a virtual celebration of the original Magic Kingdom to more information about Disneyland’s 65th anniversary merchandise, we’ve got you covered. We’ve even shared some pieces of Disney history, including facts about the Disneyland Railroad (an original attraction at the park) and a time-lapse video of the park’s construction.

But if you’re a Disney history enthusiast like we are, then you’ll love what D23 has in store for this summer. An exclusive collector’s edition of Disney twenty-three magazine is coming soon. It’s a fan’s dream!

Below is a bit more information about what to expect in the collectible edition of the Disney twenty-three magazine:

First, the fall issue of Disney twenty-three is a stand-alone, collectible issue bursting with stories about the creation, evolution, and innovation of the Disney theme park. From Walt’s first idea for “an amusement enterprise built where the parents and the children could have fun together” and a colorful gallery of beloved attraction posters to the evolution of the “Disney spectacular” and a salute to beloved “Parks Stars” created for the theme parks, the publication is jam-packed with fantastic stories. The issue also includes a postcard set created exclusively for members featuring images from the Disney resorts around the world.

Take a look at a sneak peek of the beautiful Disney twenty-three issue celebrating the history and impact of Disney Parks:

But if you’re not a D23 Gold or Gold Family Member, not to worry. Although the magazine is delivered exclusively to Gold and Gold Family Members’ doorsteps, there is still so much magical and historical content to explore on D23.com.

Below are some of the ways that D23 is celebrating 65 years of Disney Parks, not only with members but with Disney fans, as well:

Additionally, an exclusive pin set has been announced!

Click here to visit the official D23 website to learn more about the celebration of 65 years of the Disney theme park.

How are you celebrating 65 years of Disney Parks? Do you have a favorite Disney Parks memory that you always hold dear? Share your thoughts with us in the comments!