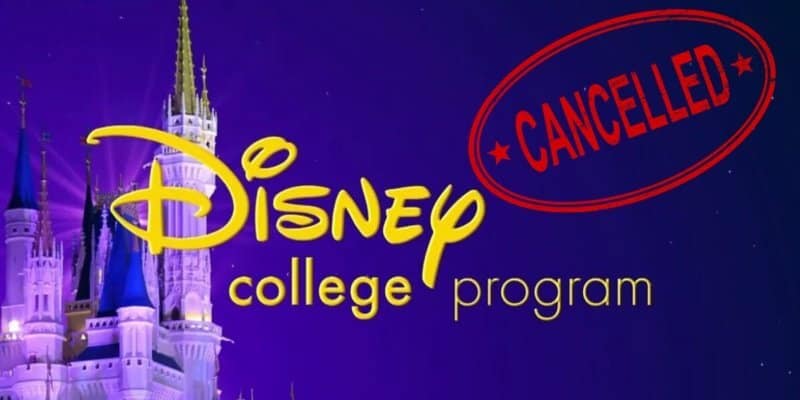 The Spring 2020 Disney College Program ended abruptly due to the current global pandemic. The DCP was initially suspended as a result of both the temporary closure of Disneyland Resort in California and Walt Disney World Resort in Florida.

And now, we regret to announce that Disney has officially cancelled the upcoming Fall 2020 Disney College Program.

The cancellation is for both Walt Disney World Resort and Disneyland Resort — both sample letters are below.

Several users have taken to Twitter to announce the cancellation of their Disney College Program for this upcoming fall season.

I’m overly broken and torn up and upset

2020 is officially the worst year of my life

Today the Disney College Program officially announced that the fall program was cancelled and I am heartbroken. I have lost so many opportunities this year and this truly was my last hope. I understand why but it hurts when you work so hard only for it to be out of your control.

well my graduation and disney college program were both cancelled within 24 hrs….2020 is NOT my year

We hope everyone continues to stay safe during this time, and our hearts go out to every Disney College Program participant whose program was cut short due to the park closures and to all the applicants who just found out the Fall 2020 program is officially cancelled.

If you plan on applying to the Disney College Program in the future, be sure to take our tips and tricks, which you can find here.

Walt Disney World Resort is gearing up for its reopening of its theme parks on July 11 (Magic Kingdom and Disney’s Animal Kingdom) and on July 15 (EPCOT and Disney’s Hollywood Studios).

Do you plan on visiting the theme parks when they reopen? Let us know in the comments.