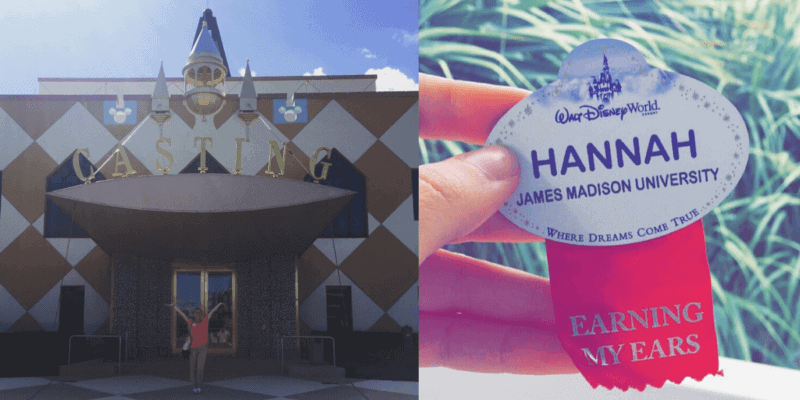 The Disney College Program is an incredible internship program offered by the Walt Disney Company, that allows students of all ages and backgrounds to participate in a paid work experience. These interns take hands-on roles in the various theme parks and resorts on property. Some may even say that they are the true heartbeat of the parks, and I’d have to agree.

College program interns, or CP’s as they’re commonly referred to, make up a large percentage of the cast members that guests interact with each and every day on their vacations.

A Dream Put On Pause

As a former CP, I am still hurting for those whose programs were unexpectedly cut short this spring. Due to the increasing pandemic fears and safety precautions, the Walt Disney Company recently had to make a tough call to close both domestic and international theme parks. With that official announcement, most operations came to a halt — and with that, many dreams were brought to an aggressive standstill.

The vast majority of people likely think that this program is just a theme park job at Disney and don’t understand the grief that CP’s are experiencing with this loss. I truly believe that there is an emotional element that accompanies an acceptance letter for almost all who apply — there sure was for me.

More Than Just An Internship

Many people who get into this program love Disney to their core and have dreamed of doing it for years. I know that when I had applied to work with Disney back in college, it was one of my biggest goals and life dreams. I had grown up going to Disney in Orlando, Florida with my family almost every year. It became a staple of my personality, a joyful second home and a constant inspiration for me. Truly the happiest place on earth.

All of the cast members that I had interacted with growing up were people who went out of their way to make magic for me and my loved ones. I knew that when I was old enough and had the opportunity to, I wanted to be able to give back that magic to others, that was always given to me.

My college program at the Walt Disney Resort was full of ups and downs. However, the experiences that I had both on and off the clock with my fellow cast member friends were irreplaceable. It’s a time of my life that I still look fondly on and often wish I could experience again.

A Time For Growth and Joy

So much growth happens on the Disney College Program. You have this beautiful opportunity to bring joy to people’s lives and in turn, feel joyful with them. You get to befriend coworkers and neighbors and guests in the parks visiting from all over the world. So many different people, all looking for the same magical escape — a chance to be kids again. I think we can all relate to that in a way, especially now.

So for the people who don’t understand why this loss is felt so hard, it’s as simple as this. The magic-makers who’ve been called together from every corner of the world have had to step back from the thing that makes them happiest — being cast members. They’ve had to give up the roles that allow them to use their biggest strengths in making other people feel magic. They’ve had to suddenly and without much warning, pack up their belongings and say goodbye to their friends and to the city that they began to feel at home in. Their entire plans for this semester have just been turned upside down.

We Stand With You CP’s

I know that on a human level, we can all relate to this sudden disruption of life — nothing is going as we had planned. But I hope that they cherish the special times they had with their friends and newfound family in Florida. Above all, I hope that they have learned how important their contribution as cast members was. It’s really a gift and a skill that not everyone possesses. Please keep spreading that joy and light CPs — It’s times like these that show just how important the magic-makers of the world are.