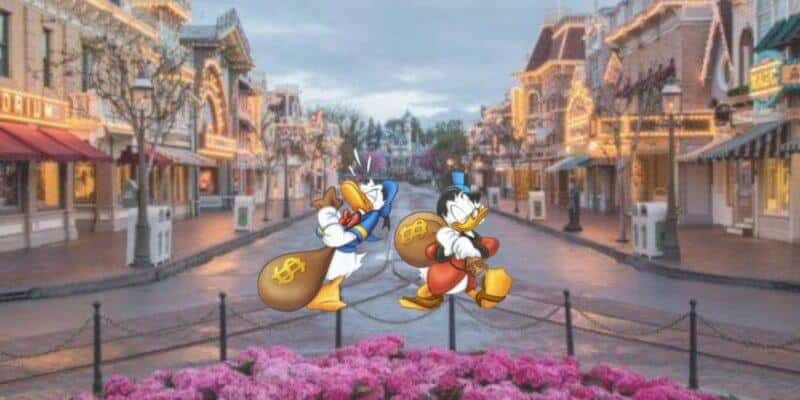 The gates to the Happiest Place On Earth have been closed since March 14, 2020, and it breaks our hearts to know that Disneyland and Disney California Adventure Park will remain closed until at least April 1, 2020.

But while Disniacs all over the world are sad because they’ve temporarily lost their happy place, tens of thousands of people have been without a large source–if not the primary source–of their daily income. And Disneyland is doing its part to make it right! Over the 18 days of park closure, the Disneyland Resort will pay its cast members over $59 million.

According to a study done by Cal State Fullerton, the Disneyland Resort was responsible for 78,000 SoCal jobs in 2018. That includes over 30,000 Cast Members, 3,000-plus third-party on-site employees, and 45,000 off-site and indirect jobs benefit from Disneyland resort visitor spending.

However, Disneyland is only be paying its Cast Members during the park closure which at the time of this article is still set for only 18 days. But keeping ~31,000 men and women on the payroll is still costing Disneyland more than $59 million; that’s more than $3 million a day over the course of 18 days.

According to the OC Register,

The Cal State Fullerton study found that the average Disneyland salary in 2018 was just under $40,000 a year — or just over $19 per hour. That means the average cast member will be paid just under $2,000 during the closure, based on the study data.

But that average is most likely higher now since Disneyland Union employees–which make up one-third of Disneyland’s workforce–agreed on a $15/hour minimum wage in 2019. The Cal State study does not go into specifics regarding Union/Non-Union and Full-Time/Part-Time Cast Members.

Still, those 30,000+ Cast Members are the lucky ones. As Disney’s flagship resort remains closed, Anaheim and the entire Southern California community could be seeing a loss of $400 million. It is just another piece of evidence that shows how essential the Disneyland resort is to SoCal’s economy. As for the third-party employees and the 40,000+ others who profit off of the Disneyland crowds, there is no word of such relief from Disney. And because of that, Disney fans and longtime park goers are starting to discover which parts of the resort are actually under the Disney umbrella and which are not.

For example, the Patina Restaurant Group which owns and operates restaurants in both Disneyland’s Downtown Disney District and Walt Disney World’s Disney Springs has laid off most of its staff because of the closures.

That distinction is on display in the parks at the Walt Disney World Resort. The most significant example being shows in EPCOT’s World Showcase like “British Revolution” leaving Disney World because of the closure.

But even though this distinction is being made, Disney is making it clear who their Cast Members are and that they are committed to taking care of their own.