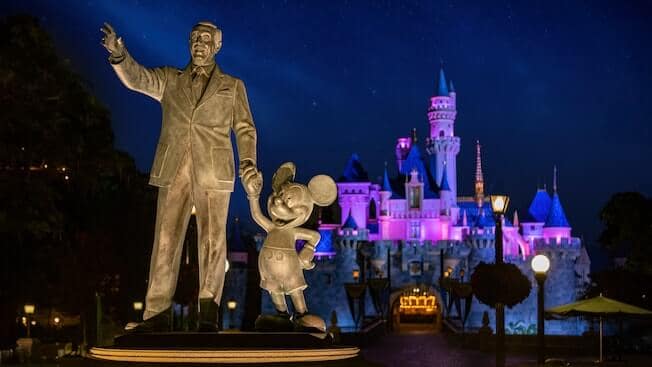 Information pertaining to the Disney College Program at Disneyland Resort has surfaced the internet. The latest news comes from a Twitter user, who shared screenshots from a notification sent to Cast Members related to the DCP.

The Tweet indicates that the Disney College Program at Disneyland Resort is still on pause, and the DCP will not resume until all other Cast Members have been offered their positions back.

“The company will not resume the Disneyland Resort College Program for any classifications within the Agreements in which all Regular Full-Time and existing Casual Regular employees have not been recalled during the furlough period.”

DLR CP will not resume until every CM has been offered their position back pic.twitter.com/ylxRHeVUZo

Earlier this month, a Walt Disney World union leader also said that it’s unlikely for the DCP to restart soon at Disney World.

Unite Here Local 362 leader Eric Clinton said at the beginning of June that “if anyone thinks that College Program workers are coming back anytime soon, they are mistaken.”

Now, as Disneyland Resort continues to call Cast Members to return to work for the impending reopening of Downtown Disney on July 9 and two onsite hotels (Disney’s Grand Californian Hotel & Spa and Disney’s Paradise Pier Hotel) on July 23, it has become even more clear that CMs are being called back according to seniority.

Keep in mind, however that the proposed reopening date of July 17 for Disneyland and Disney California Adventure has not yet been approved. Cast Member unions continue to negotiate with Disneyland Resort regarding reopening conditions for Cast Members, and they have even written a letter to the state government urging for a later reopening date.

We will update Inside the Magic as more information is released about the Disney College Program and the reopening of Disneyland resort. We hope everyone continues to stay safe during this time, and our hearts go out to every DCP whose program was cut short due to the park closures.

Comments Off on Disney College Program Still On Pause