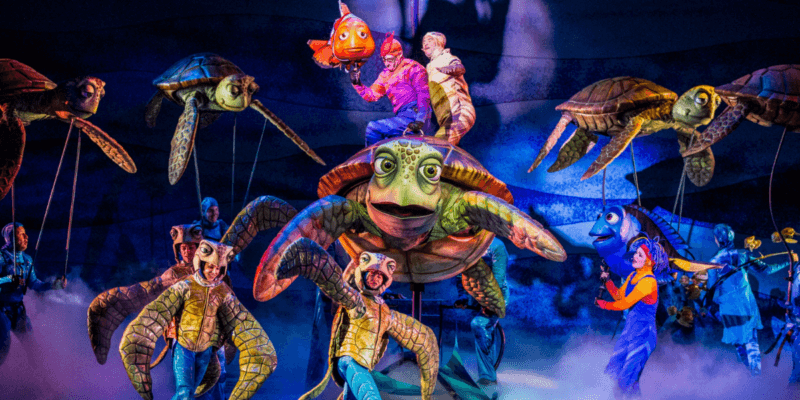 Division in the ranks! Some Walt Disney World performers are now fighting against their union, Actors’ Equity Association, for the right to return to work despite Equity’s ongoing protest against the mega-resorts reopening policies.

According to the Wall Street Journal, a group of Equity’s members who are Walt Disney World Cast Members are asking the union to drop the public fight with The Walt Disney Company over certain safety precautions. The Cast Members believe the fight puts their jobs at risk.

In fact, Disney has already begun recasting or modifying its shows to no longer require Equity actors. We at Inside the Magic have covered one such instance of this where Disney began recasting its educational bird show, UP! A Great Bird Adventure. at Disney’s Animal Kingdom park to no longer require Equity Cast Members. It is now called Feathered Friends in Flight and features a professional animal behavior specialist as the lead role, rather than character performers.

“Seven unions representing 48,000 cast members signed agreements to have their employees return to work, and the Actors’ Equity rejected our safety protocols,” a Disney spokeswoman said, according to WSJ. “We have exercised our right to open without Equity performers.”

Equity has held fast in its dispute with Disney demanding that Disney both provide testing for its Cast Members as well as allow Cast Members to wear masks while performing on stage. Disney has reportedly said no to both. Active talks continue.

The group representing these Equity Cast Members ready to return to work issued a statement saying, “While we appreciate our union’s efforts on our behalf, we strongly believe that Disney has taken the necessary safety precautions for a phase one reopening, and that we deserve a voice in the assessment of these new protocols.”

Over 200 “dissident” Cast Members are reported to want to return to work.

“We work in a theme park in Florida. We don’t do it for the money,” said Mark Daniel, who is reported to be a performer in the Indiana Jones Epic Stunt Spectacular at Disney’s Hollywood Studios. “We do it because we love it.”

Related: VIDEO: The Indiana Jones EPIC Stunt Team is Back In Action

The Actors’ Equity Association includes Performing Cast Members who are responsible for bringing iconic characters to life on stage. These Cast Members are seen in shows like Festival of the Lion King, and the Finding Nemo musical stage show at Disney’s Animal Kingdom, as well as those characters in Mickey’s Royal Friendship Faire at Magic Kingdom park, and the Beauty and the Beast stage show in Disney’s Hollywood Studios.

WSJ also reports that if they do not return to work soon, they will lose unemployment benefits.

Disney has already changed several aspects of its shows to meet higher safety standards, eliminating choreography, installing plexiglass in the dressing rooms, and crowd sizes have been reduced. Safety training and extra supplies like hand sanitizer have also been provided. Still, Equity is reportedly not satisfied.

But some of Disney’s performers aren’t so sure they will ever return to a Disney stage. Some have even begun applying for jobs just in case. Some are as far removed from acting and dancing as Amazon delivery. Billy Flanigan, a Disney performer of 39 years who is in the cast of a Finding Nemo musical stage show. He has found himself driving up to Kentucky to teach a dance workshop and continue to make money with his profession. “If they don’t bring my show back,” he said, “I could be out of a job.”

As of now, it is unclear if Equity will allow its members to return to work.