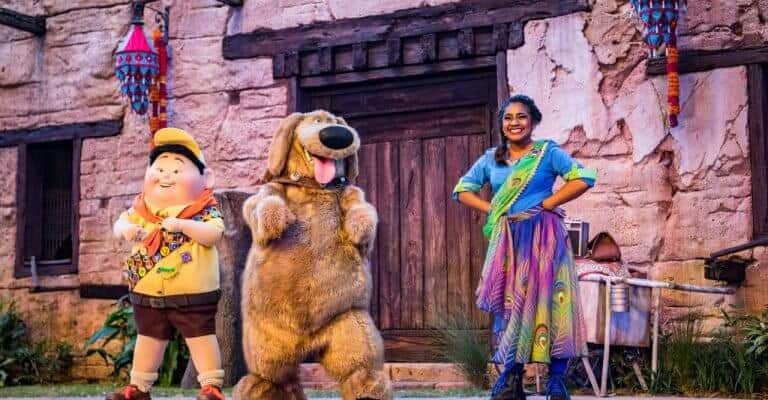 Disney has officially changed the Up show at Disney’s Animal Kingdom so that actors are not needed for the performances. At least, the show is changed for the time being.

Since Disney’s Animal Kingdom officially reopened to the public on July 11, the park has been offering Guests the opportunity to watch a bird show. But the show isn’t the same as it used to be. Prior to the Disney World parks closing, Animal Kingdom offered a show called UP! A Great Bird Adventure. Now that the parks have reopened, that show has been changed — it’s now called Feathered Friends in Flight, and the Up character performers are completely excluded.

Below is a video of the former show, which ran from 2018 until the parks temporarily closed:

Orlando Sentinel reports that, according to a video recording of the Feathered Friends in Flight bird show, a Disney Cast Member shared the following message acknowledging the changes:

“For the last 20 years we have had so many different things happen here. We’ve had people get over their fear of birds. We’ve had people gain an appreciation for wildlife, and recently we had an adventure with the gang from ‘Up!’ But you know what? 2020 decided to happen, and then everything got weird, right?”

Just as the CM indicated, Disney had to make adjustments to the Animal Kingdom bird show after the park reopened amid the current pandemic. And one of those adjustments included the removal of characters, which has caught the attention of the Actors’ Equity Association, a union representing performers at Disney World, including those who previously starred in the Up show.

According to Orlando Sentinel, some performers say the Actors’ Equity Association is “unfairly applying traditional-theater standards to Disney World, which has performances in varying types of venues and situations,” indicating that it might not be right for the Equity to hold the Up bird show to these standards when it is performed in an open-air theater.

As of last week. the Equity is still advocating for the safety of all Disney World performers, and the association believes testing is critical amid this pandemic. They are supposed to meet with Disney officials this week, so we will update this

It also seems as though the Up should may just be on hiatus at this time. Disney has not formally announced that the show is closing, even though the company made several announcements of closed shows and attractions and postponed projects last week. The Walt Disney World Resort official website still indicates that UP! A Great Bird Adventure is temporarily unavailable. Other shows currently unavailable at Disney’s Animal Kingdom park include Festival of the Lion King and Finding Nemo: The Musical. You can view the list here.

You can view the new show in the video below:

Book your next trip to Disney World with the Authorized Disney Vacation Planners at Academy Travel!