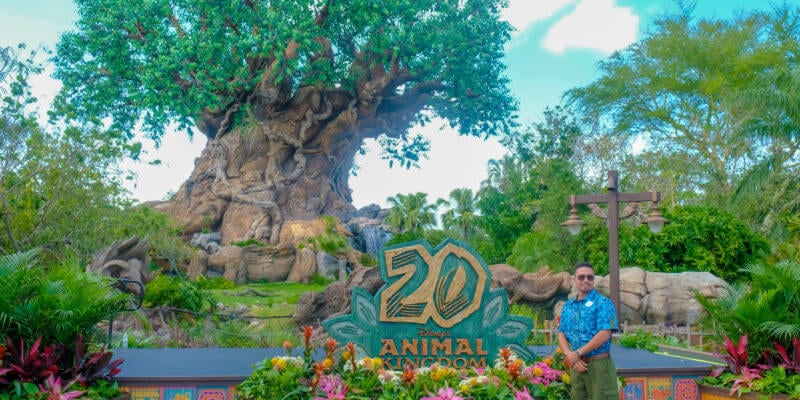 Disney’s Animal Kingdom commemorated its 20th anniversary with the premiere of new experiences at the park, including the start of limited-time attractions that will expand the celebration all the way to this summer!

Disney’s Animal Kingdom first opened at Walt Disney World back in 1998. The fourth park to come to Walt Disney World, it was where guests could come face-to-face with wildlife and animals from around the world. This past Sunday, the park celebrated its long history of  20 years in existence. 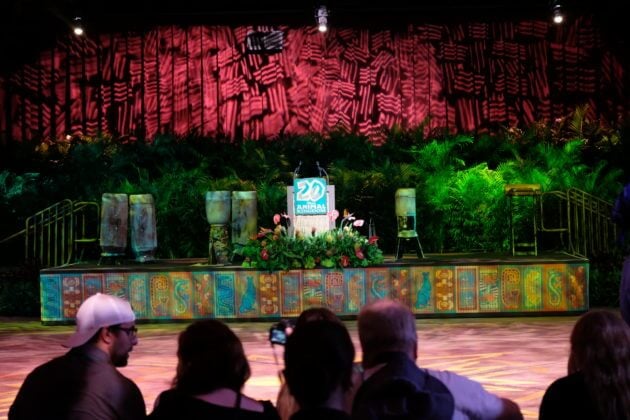 Like any other special celebration at a Disney Park, the commencement was also joined by everyone’s favorite characters: Mickey, Minnie, Donald, Daisy and Goofy. The event also featured live drum players and dancers who took over the Festival of the Lion King stage.

Another special celebration that only continued to brighten up the already special day was the premiere of the new “UP! A Great Bird Adventure” show. The replacement to “Flights of Wonder,” this new show still features exotic birds but now with the additions of Russell and Dug from Disney/Pixar’s “UP.”

WATCH – UP! A GREAT BIRD ADVENTURE:

The show had been in previews all last week and as part of the celebration it officially premiered. along with the show’s new marquees fixed outside of the Caravan Stage. 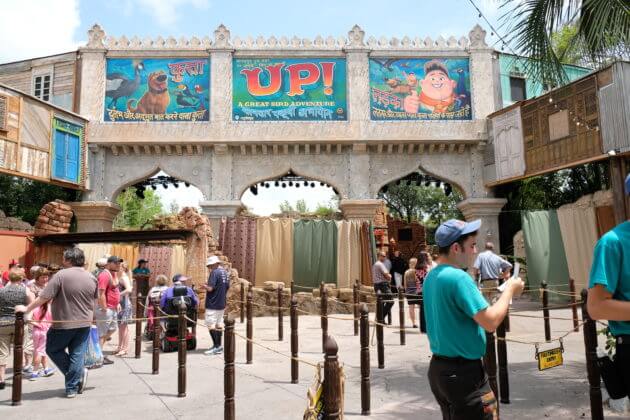 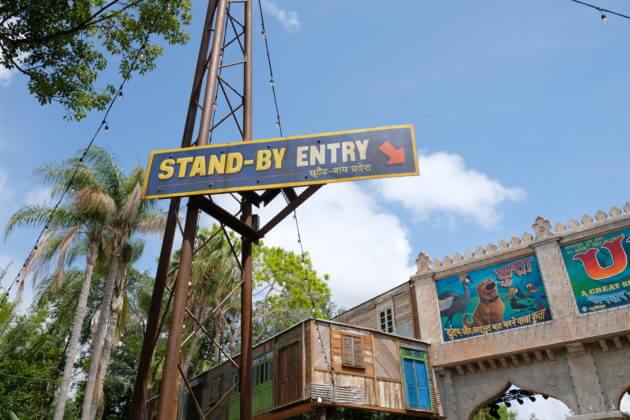 You may have seen this other new addition in Pandora – The World of Avatar a few weeks ago during its testing phase. The new Pandora Utility Suit finally premiered to guests as part of the celebration. 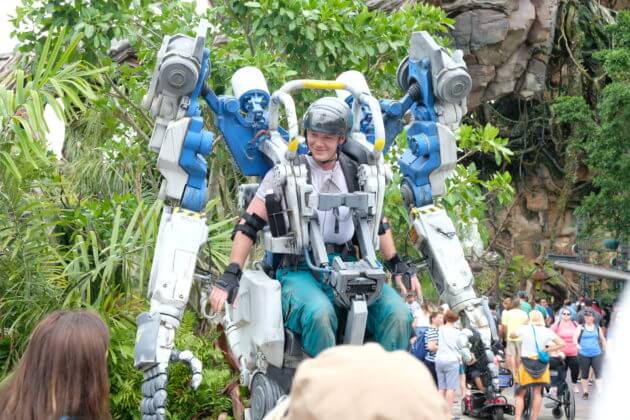 This new Pandora Utility Suit, which weighs 4.2 tons is inspired by the iconic Amplified Mobility Platform (AMP) suits of power armor from the epic movie “Avatar.” Perched ten feet high, the suit features a pilot strapped into a cockpit of the exo-carrier where he or she can control its powerful movements. 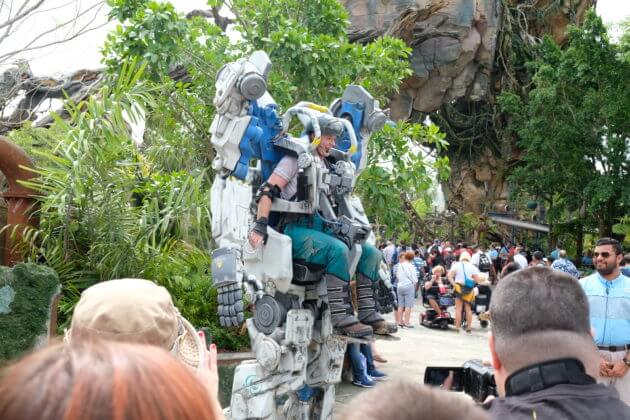 Check out the suit in action in the video below!

WATCH – INSIDE THE DESIGN AND CREATION OF PANDORA UTILITY SUIT:

Rafiki’s Planet Watch premiered new limited-time offerings as part of the celebration as well. For those not familiar with this area in the park, it is where guests to the park can explore a wildlife conservation center, which is home to animal encounters, interactive exhibits and a veterinary facility. 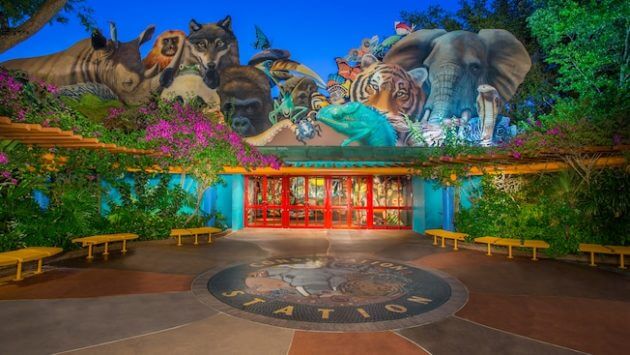 One special experience I personally recommend to anyone visiting this area is the complimentary Rafiki’s Planet Watch Backstage Experience. During this experience guests get to visit two of the following four areas located within the center: the Veterinary Hospital, Science Center, Animal Nutrition Center and the Invertebrate Building. 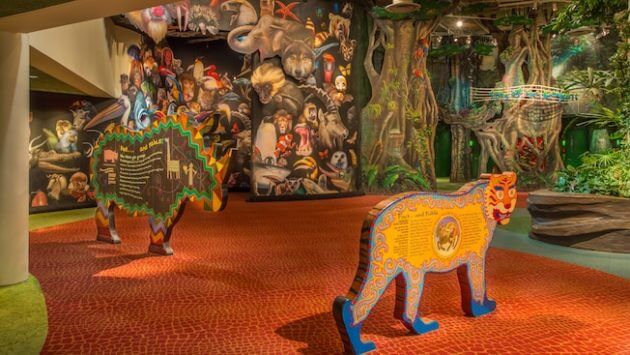 Each tour features family-friendly activities and backstage interactions with animal care experts who interact with the park’s animals daily. As part of the tour, visitors get to learn more about the behavior, care and nutrition of the animals. 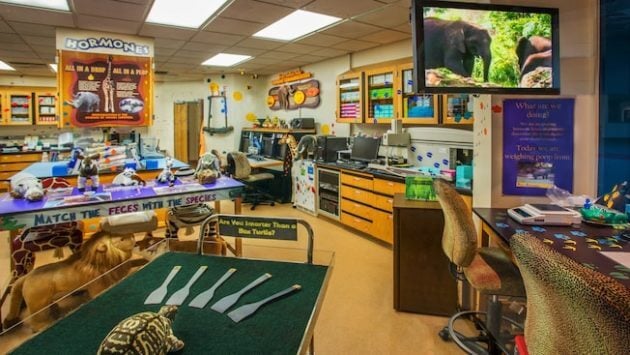 Guests interested in participating in these backstage experiences should register at the biofacts table at Rafiki’s Planet Watch. Sign-ups are available daily on a first come, first-served basis, and each tour can accommodate as many as 16 Guests. All ages are welcome and each tour is 30-minutes long. 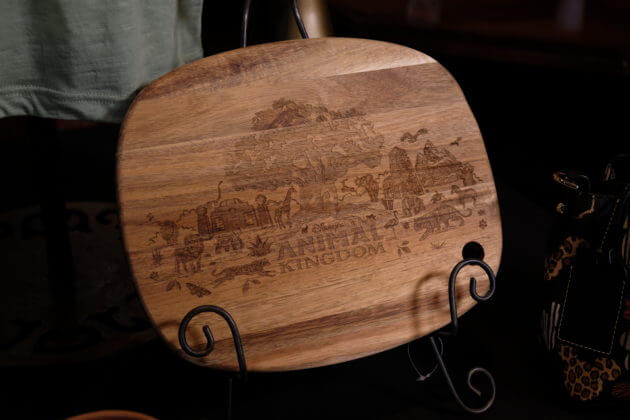 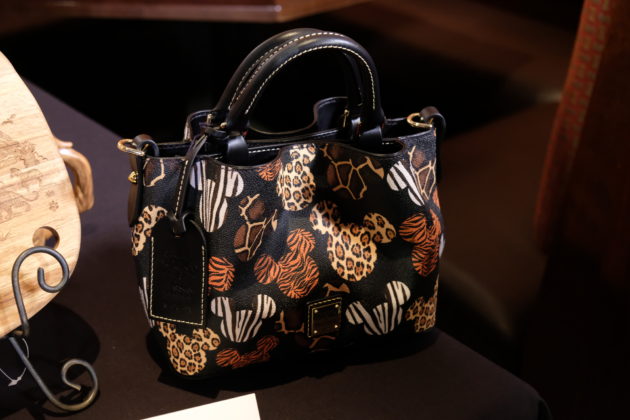 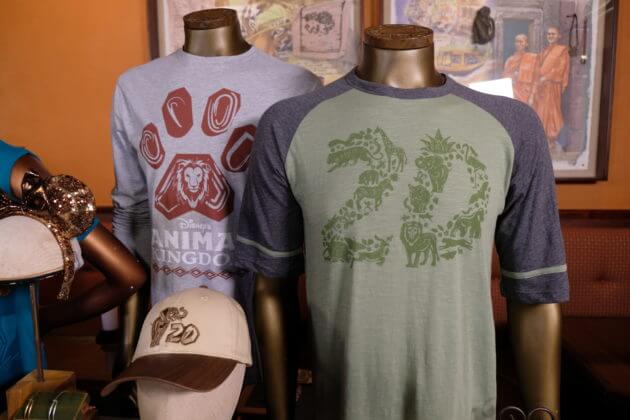 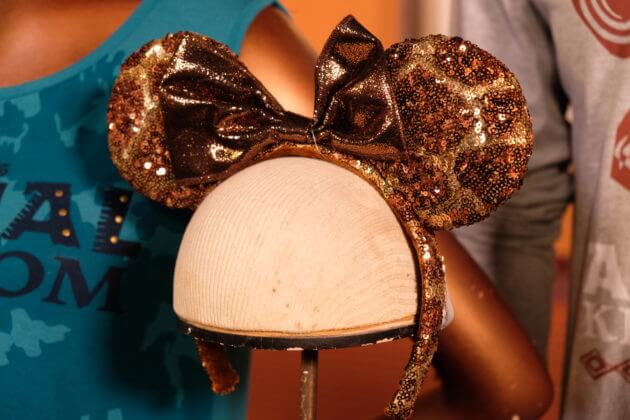 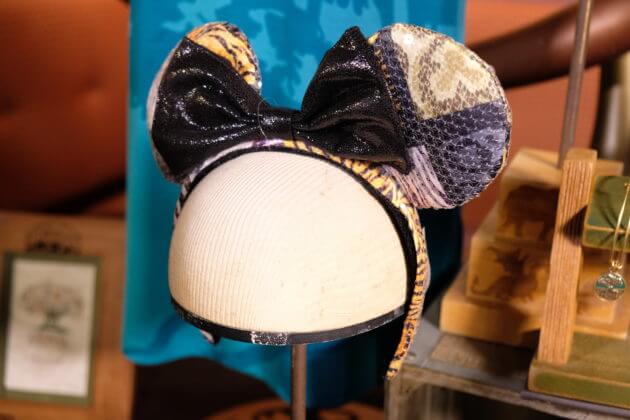 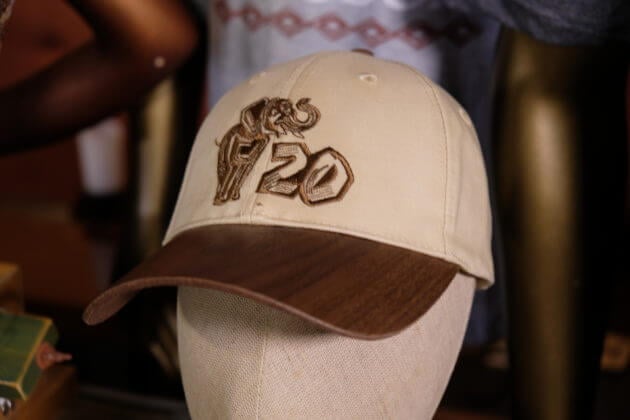 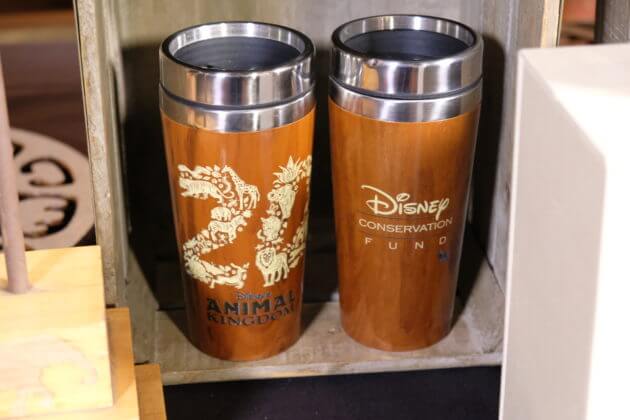 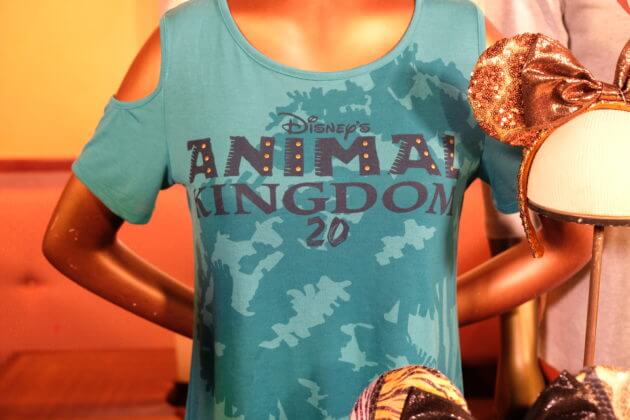 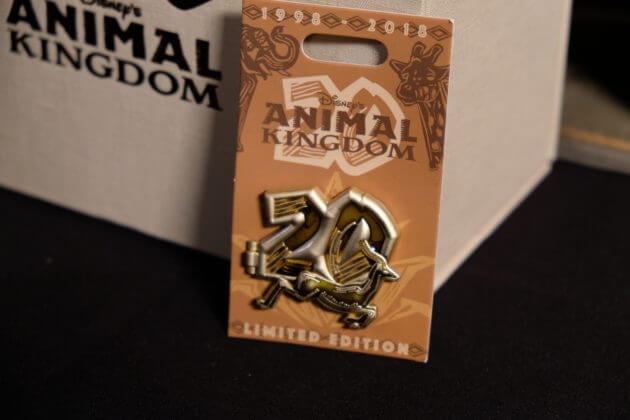 One fun piece of merchandise created just for the 20th anniversary of Disney’s Animal Kingdom is this special-edition Banshee pictured below. The Banshee can be found in Windtraders in Pandora – The World of Avatar. 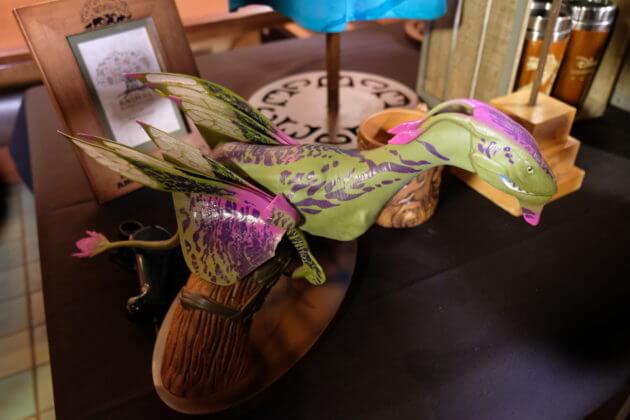 One last fun way to commemorate this special occasion that premiered on the park’s 20th anniversary are these fun photo-op locations with themed props, hand-held frames and more. The one featured below can be found at the front entrance to the park. 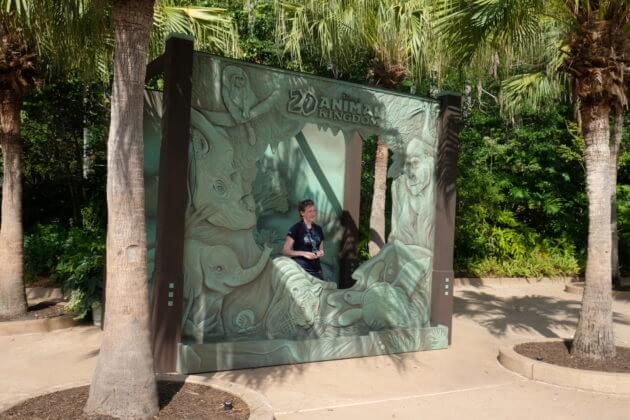 If you weren’t able to visit the park on its 20th anniversary do not fret, because as part of the celebrations of the anniversary, Party for the Planet will continue to be celebrated at Disney’s Animal Kingdom through May 5, 2018.

For more information about Disney’s Animal Kingdom’s Party for the Planet celebration, be sure to visit the official website!

Were you at Disney’s Animal Kingdom for its 20th Anniversary Celebration? Let us know in the comments below!