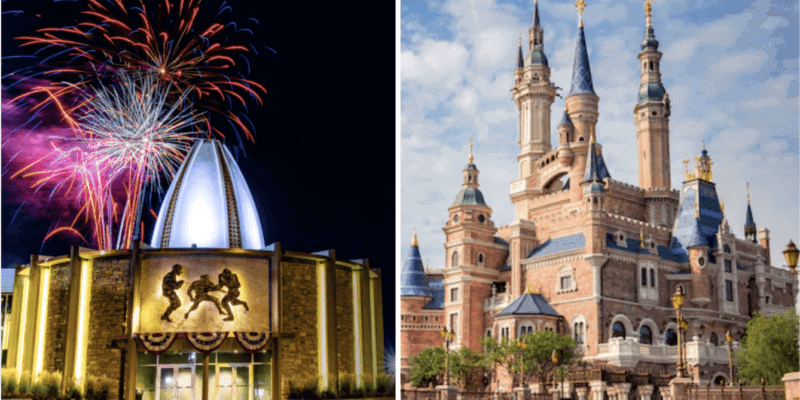 The company is exclusively developing a new resort and entertainment complex at the NFL‘s Pro Football Hall of Fame.

Crawford’s public LinkedIn profile outlines his experience with the Walt Disney Company, which spans a decade-and-a-half. In his 15+ years with Disney, Crawford held several key roles in the company‘s theme park and resort sector.

Crawford’s experience in the resort entertainment industry should serve him well as the Canton project moves forward.

For years, football fans have started rumors of a large resort coming to the NFL Hall of Fame property, which currently has no onsite hotels.  Now, it appears that these rumors will become reality with the official name the “Hall of Fame Village Powered by Johnson Controls.”

According to an article of the Hall’s website, Pro Football Hall of Fame President & CEO David Baker shared:

“I am very excited that we have a tremendously talented and enormously experienced executive like Mike Crawford to quarterback the Johnson Controls Hall of Fame Village team. He brings demonstrated leadership through his experience at the Four Seasons Hotels and Resorts Company, in addition to the development and operation of Disney Theme Parks, Hotels, and Retail, Dining and Entertainment Districts around the world. Mike Crawford will make Johnson Controls Hall of Fame Village a world-class and state-of-the-art destination center.”

This NFL fan is excited to see a bit of Disney magic come to Canton in the near future!

What do you think about a former Disney executive working on the NFL Hall of Fame resort hotel project?