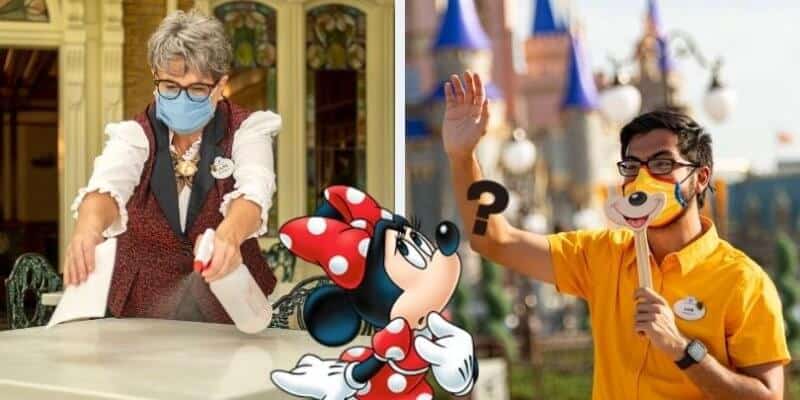 With the constant threat of the current pandemic looming in the forefront of everyone’s minds, it’s no wonder that many feel a strong sense of uneasiness at the idea of returning to work. Earlier this year when many people found their jobs moving to remote work or having locations closing altogether, the seriousness of the virus finally took ahold of people.

Is Social Distancing Truly Enough to Protect From the Virus?

Now it seems that many work locations such as restaurants, stores and even some offices are opening their doors again in hopes of bringing business back — even in the midst of growing concerns throughout parts of the country. Walt Disney World, in Orlando Florida, announced their plans to re-open the Disney parks a while back and followed through, despite some criticism on the safety of it.

Also something to keep in mind — Both the Walt Disney World and Disneyland websites show a very serious disclaimer noting that the Disney company is not to blame if a guest comes into contact with Covid-19 at one of the Disney parks.

The company wants to put emphasis on the importance of Safety and not only protecting guests as best as possible, but also the countless cast members that have now been called back to work. But not all cast members do feel safe. With the financial strain felt not only across the country, but across the world with mass furloughs, many feel like they have to choose between safety or a paycheck.

Recently Florida has become a global hotspot, shifting the pandemic focus from New York City down to the southern states. With Disney’s decision to re-open their theme parks and guests willingly flocking to them, cast members are left at a disadvantage when having to decide if the implemented safety measures feel like enough to actually keep them safe.

Many cast members share the sentiment of not being able to afford not going back to work in the parks. According to The Guardian,  there are roughly 75,000 cast members at Disney World in Florida and about 30,000 cast members working at Disneyland in California. As the parks begin to get busier, more cast will continue to get called back.

In an interview with The Guardian, Walt Disney vacation planner Bryan Amstutz said, “Only a third of (his) department has returned to work so far, and he did not expect to be recalled until January 2021 or later. ‘I don’t get paid enough to police Covid-19.'”

We hope that Disney continues to take their safety precautions seriously and value their cast members health as a top priority as things pick up with the pandemic.

Do you think the Disney Parks opened too early?