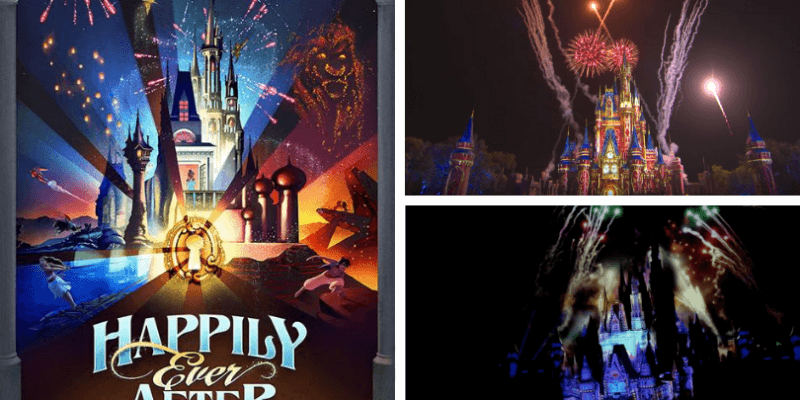 Magic Kingdom firework shows are some of the most magical times of Guests’ Walt Disney World visit.  It’s been over four months since the last time Guests have been able to stand in front of Cinderella Castle with their loved ones to watch the Happily Ever After projection and fireworks show.

Since Guests are not able to enjoy the Magic Kingdom fireworks live for the time being, a Disney fan decided to take matters into his own hands.  No, it doesn’t mean they bought all the leftover fireworks from the Fourth of July and actually try to recreate Happily Ever After.  GuusDeKroon got very imaginative and 3D printed a replica of Cinderella Castle so that they could project the Happily Ever After onto it and enjoy the show right from home.

The whole thing is so impressive that we’re sure even Walt Disney himself would have been quite impressed with this at-home Imagineer.

I 3D printed Cinderella’s Castle, then Projected Happily Ever After on it! from WaltDisneyWorld

Happily Ever After is one of those firework shows that really grabs hold of your emotions and tugs on your heart strings especially when you’re standing there at the Walt Disney World Resort from inside Magic Kingdom, and even when you’re watching the show from all around the different places of the resort.  Even though now we can stream Happily Ever After virtually, thanks to Disney Parks releasing it, the atmosphere just isn’t quite the same.

The Disney fan who recreated the show brings a little bit of that atmosphere back with this 3D printed Cinderella Castle.  With just the right angle, it feels as though we’re right there watching live.

For some other Disney Parks fireworks show, you can stream the Not So Spooky Spectacular from Magic Kingdom or Illuminations from Disneyland Paris.

Click here to book your next Disney Parks vacation!

Comments Off on Fan 3D Printed Cinderella Castle to Watch Happily Ever After!