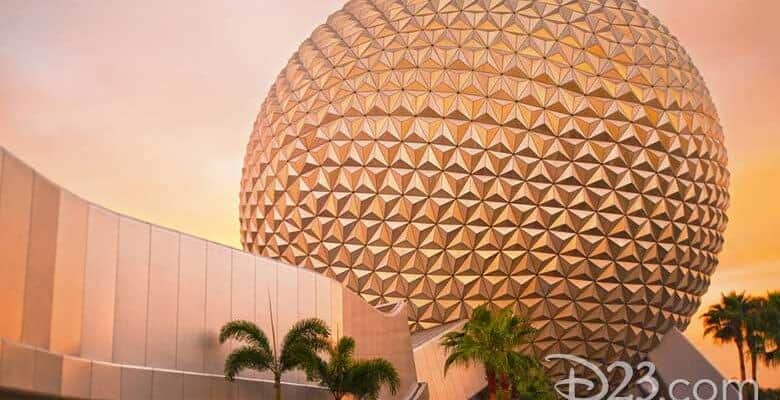 Spaceship Earth will reportedly reopen when EPCOT reopens on July 15, according to a new report.

The Local 362 Union — the union representing Attractions, Custodial, and Vacation Planning Cast Members at Walt Disney World — reportedly shared in a meeting today that Spaceship Earth will be reopening when Walt Disney World’s EPCOT theme park reopens on July 15, and the refurbishment has apparently been postponed indefinitely.

According to a post shared to the WDW Magic forum today:

According to the Local 362 Union, the union responsible representing Attractions, answered a question in a Zoom meeting regarding SSE’s rehab HAS been pushed back and WILL reopen with the rest of the park.

Note that Disney has not confirmed this yet. We will continue to share more information as Disney releases it.

However, the postponement of the refurbishment of Spaceship Earth would not come as a surprise to Disney fans who have been closely following Disney’s news regarding construction projects, not only at EPCOT but all across Walt Disney World Resort, as well. The attraction was scheduled to close on May 26 and undergo a lengthy refurbishment that would lead to the overhaul and reimagining of the attraction as we knew it to be.

When May 26 arrived, fans were left wondering when they would get to ride the EPCOT icon again. And because Disney had changed the Walt Disney World official website and My Disney Experience app to show that the ride was temporarily closed for refurbishment last week, it looked as though the refurbishment was, in fact happening.

But Disney has said that certain projects will have to be cut once the parks reopen. And although the company didn’t officially announce that Spaceship Earth’s refurbishment was one of those projects getting postponed indefinitely, many suspect it is.

Now that a well-known and trusted Walt Disney World union is reporting that the Spaceship Earth refurbishment won’t be underway anytime soon, that may be good enough reason for fans to look forward to riding the attraction again once EPCOT reopens in mid-July.

Remember: Disney has not yet officially announced whether or not EPCOT’s Spaceship Earth will still undergo a refurbishment starting this season. We will continue to await confirmation.