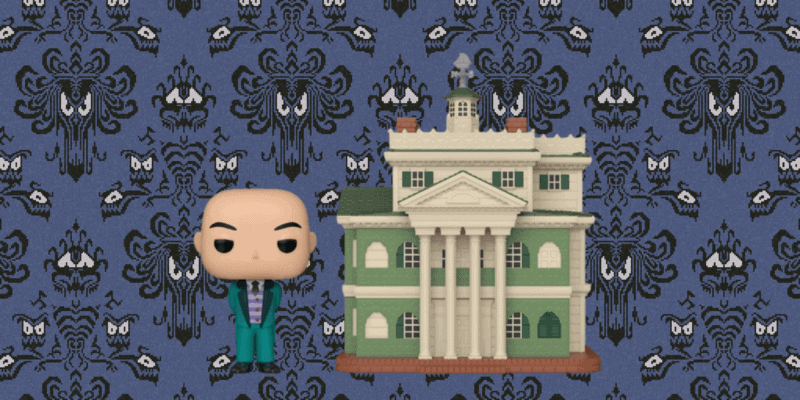 Over the years we’ve had a lot of Disney Parks Pop figures arrive into the market. These include Figment, multiple Haunted Mansion figures, Splash Mountain, Orange Bird, the Matterhorn yeti, and even the Dapper Dans.

The newest Haunted Mansion Funko may be our favorite yet given that it comes with a replica of the mansion itself!

The set includes a sinister butler from the attraction and a miniature version of the mansion at a bargain price of $29.99. You can pre-order the vinyl figure from Entertainment Earth here.

As we said, the butler is far from being the first Haunted Mansion Funko Pop to be released onto the market. Other figures we have seen include:

Related: Check out all the new Haunted Mansion merchandise released in May 2020

On top of all of the Haunted Mansion figures (that were largely released thanks to the 50th anniversary of the attraction), Disney Funkos are a huge draw for fans. If you can think of a Disney character, the chances are there’s at least one mini vinyl figure out there. Here are a few highlights:

Personally, the multiple versions of Figment are among my favorites:

This isn’t the first new Funko pop available for fans of Halloween this year, either! Mickey and Minnie Mouse have new spooky figures available and if you’re a fan of the Minions (yes, I know they’re not Disney) there are multiple new classic monster figures available to pre-order.

This Halloween is a great time to be a fan of these awesome little figures and we can’t wait to see what else Funko has up their sleeves ready for the spooky season.

Do you like the look of this new Haunted Mansion figure? Let us know in the comments below!