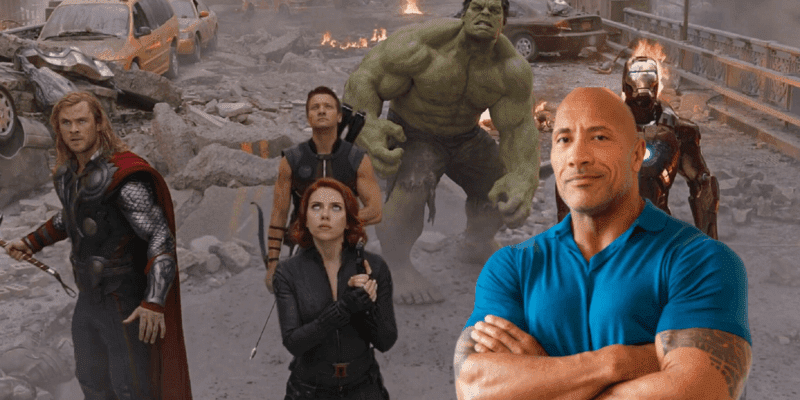 Given the huge box office draw of a star like Dwayne Johnson, Marvel has been reportedly looking to get him onboard into the MCU for quite some time. Several characters have been considered in the past, but now it appears the team at Marvel is considering creating a new character just for him.

If that happens, it would mean that he would have a role both in the Marvel Cinematic Universe and the DC Extended Universe. Right now the star has signed to play Black Adam in an upcoming DC Black Adam movie so it would be huge for him to play a role in both comic book universes.

It isn’t just Marvel that is after DC stars, DC is apparently trying to recruit Captain Marvel herself, Brie Larson, and Spidey Tom Holland in future films.

There’s been no word yet on what Marvel movie the team has in mind for Dwayne Johnson, but as with most actor contracts, they will likely want to get the star signed up to multiple movies.

Related: Is this how Marvel are bringing the X-Men and Fantastic Four into the MCU?

While he does tend to play the same character in every movie he’s in, nobody can deny that he is the biggest movie star around at the moment, taking on multiple films a year and driving huge crowds into the cinema.

As for his career at Disney, recently he played Maui in the 2016 animated movie Moana and he is also one of the leads in the upcoming Jungle Cruise film. One that will almost certainly turn into a big franchise for Disney if the first is a success at the box office.

What do you think about Dwayne Johnson joining the Marvel Universe? Let us know in the comments below!

Comments Off on Is Marvel Creating a New Hero Role for Dwayne Johnson?