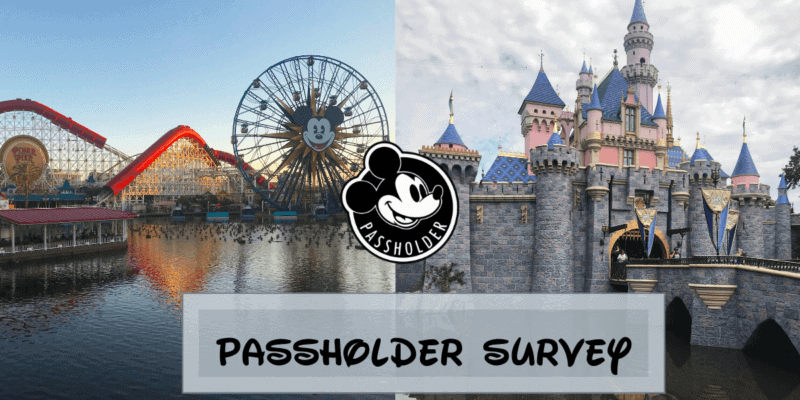 It appears that the Disneyland Resort wants to know what annual passholders are planning to do with their annual passports. Are they more inclined to cancel or are they going to stay on? After reporting the desire of several passholders to receive a partial refund, Inside the Magic has learned that Disneyland is in the process of issuing a survey to some of its annual passholders asking the very blunt question: “Do you want a refund?”

An Annual Passholder posted a screenshot of the survey they were issued from Disneyland. One of the questions in the survey asks the following:

In light of these adaptations, if the Disneyland® Resort were to offer you the following options, which of the following best describes what you would do?

Along with the Walt Disney World Resort in Orlando, Florida, the Disneyland Resort in Anaheim, California has already made efforts to assist passholders by both extending the validity of the pass beyond the original expiration time for the number of days the parks were closed, as well as suspending monthly payments.

If you are an Annual Passholder on the Monthly Payment Plan:

On April 5, 2020, we automatically stopped and will waive monthly payments due while the theme parks are closed. We will also retroactively refund payments made between March 14 through April 4, 2020. Payments will resume on the Passholder’s regularly scheduled payment and Passports will expire upon their originally scheduled expiration dates.

As an alternative, Guests who are paying for Disneyland Resort Annual Passports using our monthly payment program may choose to have their monthly payments postponed starting with payments due April 5 through the park closure period, and then resumed on the Passholder’s regularly scheduled payment date once the parks reopen. Postponed payments will be collected in the months following the end of the Passholder’s currently scheduled payment term. The Passport expiration date will be extended due to the theme park closures to provide additional access opportunities at the end of the Passport term.

If you are an Annual Passholder who has paid in full:

All active Disneyland Resort Annual Passholders who have paid for their Passports in full will automatically have their Passport expiration date extended due to theme park closures to provide additional access opportunities at the end of the Passport term. The new expiration date will be reflected on the Annual Passholder’s Passport account prior to the reopening of the theme parks.

As an alternative, and in lieu of an extension of their Passports, Passholders who have paid in full may choose to receive a partial refund for the theme park closure period.

Still, it was made clear to us that annual passholders for both Disneyland and Disney World would rather opt for a partial refund. But rather than the closure itself being the reason, it appears some annual passholders are upset about the new park reservation system. If they were paying monthly for an Annual Pass with no blackout dates and suddenly were, in a way, demoted to being forced to make a park reservation for the same price.

One passholder commented “Why should I continue to pay monthly for tickets that cannot be used as they were originally purchased? I would like the option to cancel my pass and its payments or at the least to suspend them and the associated payments until the reservation system is no longer required and we can again use the annual passes for the reasons we initially bought them.”

At the time of this article’s publication neither theme park reservation systems have been open to passholders for the Disneyland Resort or the Walt Disney World Resort.

This is also not the first time Disney has sought the opinions of its Annual Passholders and would-be guests during this uncertain time. Both Disneyland and Walt Disney World have asked Guests to fill out surveys to determine if and when they will be willing to return to the theme parks.

Are you a Disney Annual Passholer? Would you rather get a partial refund? Why or why not? Let us know in the comments!