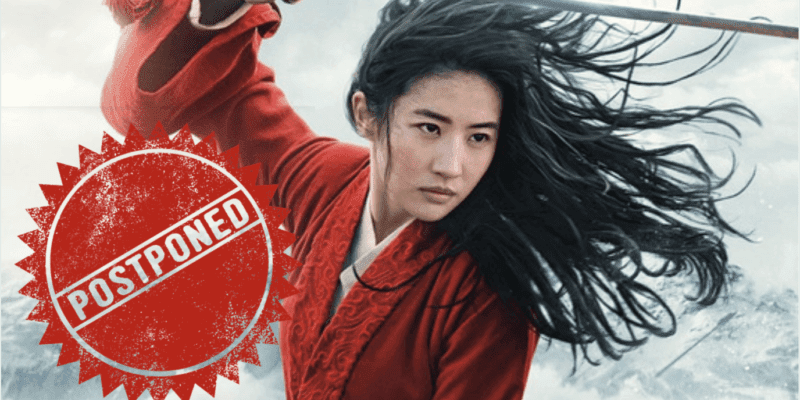 For weeks, rumors have swirled that Disney’s highly anticipated live-action version of Mulan would be delayed. Now, the rumors have come true.

Today, The Walt Disney Company confirmed that Mulan will now release in theaters on August 21, 2020. The latest Disney live-action remake was originally slated for a March 27th release then moved to a July 24, 2020, theatrical debut.

“While the pandemic has changed our release plans for ‘Mulan’ and we will continue to be flexible as conditions require, it has not changed our belief in the power of this film and its message of hope and perseverance. Director Niki Caro and our cast and crew have created a beautiful, epic, and moving film that is everything the cinematic experience should be, and that’s where we believe it belongs – on the world stage and the big screen for audiences around the globe to enjoy together.”

From today’s news, it still seems as though Disney intends to release Mulan to movie theatres instead of sending it straight to Disney+, which was also rumored at one point and seemed to gain steam following the streaming release of Artemis Fowl.

Director Niki Caro has not released a statement regarding the Mulan delayed release.

What does this mean for the movie theater industry?

With both of these potential summer blockbusters’ theatrical release dates now pushed to August, it could impact how AMC, Cinemark, and other theatre chains operate over the course of the summer.

Stay tuned to ITM for additional information about changes, particularly to the Disney Springs AMC location, particularly as coronavirus concerns in Florida continue to mount.

What do you think about the delay of the live-action Mulan release? Do you believe the new release date is late enough in the year with the coronavirus outbreak? Tell us your thoughts about changing the original release date again in the comments!