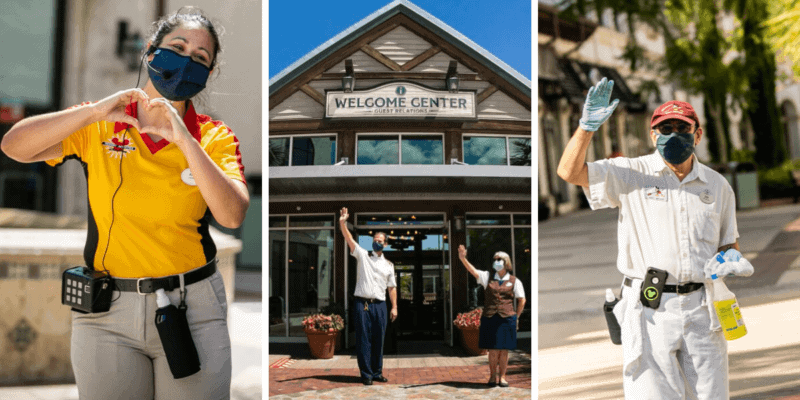 Reporter Scott Gustin shared the news on Twitter. One Disney fan replied with a screenshot from a popular forum. The screenshot included some reported information pertaining to how attractions Cast Members are being trained at Star Wars: Galaxy’s Edge at Disney’s Hollywood Studios:

This news regarding personal protective equipment for Cast Members is consistent with what was reported over the weekend. A union representing Walt Disney World Resort Cast Members announced that CMs will be provided with face shields to wear in addition to face masks in order to have extra protection when working in the theme parks and in other places on Disney property.

The following was shared by Unite Here! Local 362:

We have great news to report for Attractions H/H Cast Members! Any position where social distancing is not possible (for example, Height Check) will be provided a second barrier of a face shield!

We were able to achieve this because workers said something to Union Representatives. The only way we can ensure a safe return to work is by speaking up. If you see something unsafe at work, say something about it!

The Tweet above also reports that there will be a relaxation zone in Galaxy’s Edge, which is consistent with the news of mask-free relaxation zones coming to the Disney Parks. However, Disney has not yet publicly announced the locations for where these relaxations zones will be, so we are still waiting for more official information.

Even with this news, Cast Members and Guests alike continue to petition for Disney World to reopen at a later date. Disneyland Resort in California, on the other hand, has postponed the reopening date of the theme parks and resort hotels until further notice, although Disneyland CM unions and Disney have since come to an agreement on reopening protocol.

Comments Off on Disney Cast Members Begin Prepping for Reopening