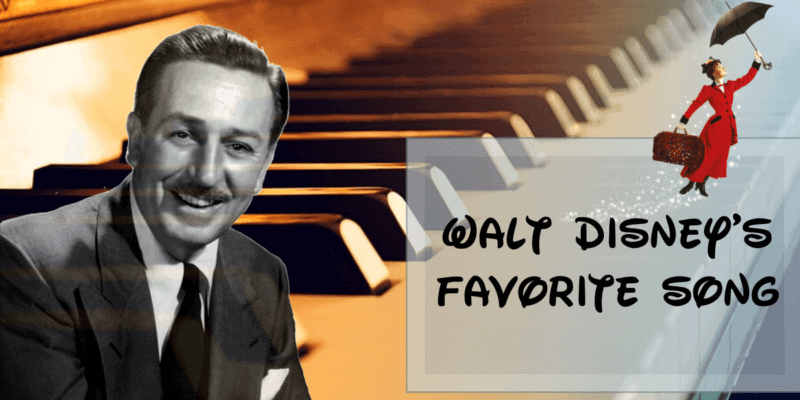 Disney’s Golden Age introduced the world to libraries full of unforgettable songs. From the music of Snow White and the Seven Dwarfs to The Jungle Book, it is difficult for even the most devout Disney fan to settle on one absolute favorite film soundtrack, let alone one song.

But for Walt Disney himself, that wasn’t the case. He had a favorite song and it was “Feed the Birds (Tuppence a Bag)” written by Richard Sherman and Robert Sherman for Mary Poppins.

In their documentary titled The Boys: The Sherman Brothers’ Story, which is now available for streaming on Disney+, the Sherman brothers explain Walt’s relationship with that song, and how it found its home at the heart of their relationship with Walt.

Walt Disney and the Sherman Brothers

After earning Walt’s attention writing songs for Mousketeer, Annette Funicello, and “Let’s Get Together” for the Disney film Parent Trap, “Dick and Bob” explained that Walt then gave them a copy of the Mary Poppins book and simply said “tell me what you think.” This was years before Walt would get the rights to make a Mary Poppins movie.

After two weeks, they asked for a meeting with Walt to go over what they came up with. They asked for 30 minutes. They stayed in Walt’s office for over two hours.

“We found six chapters,” Bob Sherman said, “that we could put together and make a story. We circled the six chapters, he [Walt] smiled and got his copy, opened it to the index, the same six chapters were underlined. It was a miracle.”

Dick and Bob Sherman also wrote a few bars of some of the songs that could go into the film, and they played Walt what they wrote on the piano in his office. “Feed the Birds” was one of them.

“He said, ‘Play me that bird lady song again,'” Dick Sherman remembered. “He looked at us and said, ‘That’s what it’s all about, isn’t it?'”

That was the day the Sherman Brothers–the men who wrote, among others, the songs for Winnie the Pooh, Sword in the Stone, Bedknobs and Broomsticks, The Jungle Book, and park favorites like “it’s a small world,” “The Enchanted Tiki Room,” and “There’s a Great Big Beautiful Tomorrow” for Walt Disney’s Carousel of Progress–became contracted songwriters at The Walt Disney Studio, the only songwriters Walt ever had under contract.

“The Sherman brothers,” Walt said, “are not only very talented but very cooperative. They go for the team play, you know, and that’s the way we work here.”

While the Sherman brothers would settle into their office in the Animation building and have success after success, they would often find themselves back in Walt’s office on Fridays for no other reason than just to talk with him.

“And then he would look at me,” Richard recalled, “and he’d say ‘play it,’ and I pretty much knew what he wanted. He wanted to hear his favorite song.

“After he was gone, I’d still come down on a Friday afternoon and play it for him.”

On Disneyland’s 60th Anniversary, Richard Sherman took the stage in front of Sleeping Beauty Castle and marked the occasion by playing Walt’s favorite song once again for everyone in attendance.

Related: Calm Your Way to a Peaceful Night’s Sleep With Disney Piano Music!

Do you have a favorite Sherman Brothers Song? Where does “Feed the Birds” rank among your favorite Disney songs? Let us know in the comments!