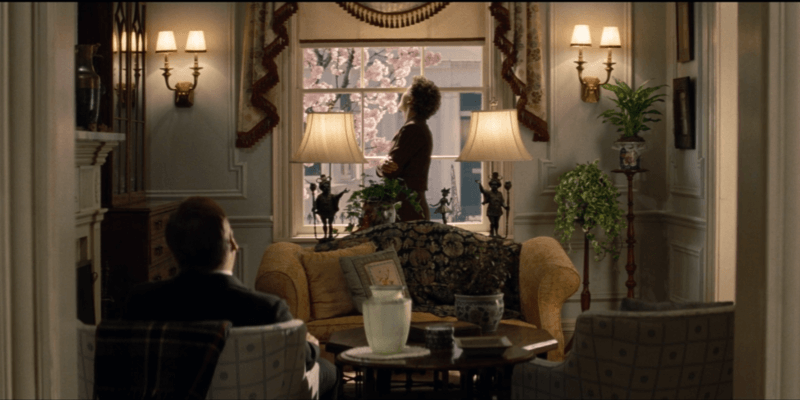 The London home of author P.L. Travers is now for sale and could be yours for the right price. Yes, the four-floor home at 29 Shawfield Street in Chelsea is currently on the market for £4,850,000.

Here’s what we know about the house

According to a Mansion Global article released in November 2019:

The London home of P.L. Travers, creator of iconic children’s book character Mary Poppins, hit the market last month for £4.85 million. Tucked away in an exclusive west London enclave, the terraced house features iron railings on the outside, four bedrooms, three bathrooms, three terraces and a garden on four floors…The 2,195-square-foot terraced mews house, built in the 19th century, was purchased by Ms.Travers in 1962 following the release of the fifth book. She wrote three more in the following years and lived there until her death in 1996, according to the news release.

The article went on to clarify that while this is not the home in which Ms. Travers wrote Mary Poppins, this was the house featured in the film, Saving Mr. Banks. The current owner bought the house in 2014 for £4.4 million.

The Travers home was recently renovated and while the asking price, which is around $6.27 million USD, may not be, the home interior appears to be “practically perfect in every way.”

Mansion Global describes it as such:

Upon entering the front door, the reception room leads to a living room and a study, where Ms. Travers wrote her books, accompanied by views over a secluded garden.

The garden, a kitchen, a dining room and a cinema room can be found on the lower ground floor, which also has a utility room and an additional bathroom.

The first floor features the master bedroom with a Juliet balcony and an en-suite bathroom. Two bedrooms with individual terraces are located on the second floor.

The home in which P.L. Travers did write Mary Poppins is at 50 Smith Street in Chelsea. It is not currently on the market.

Are you a fan of Mary Poppins? Would you want to own the house if you could? Let us know in the comments!

Comments Off on Home of “Mary Poppins” Author for Sale – Featured in a Disney Film!