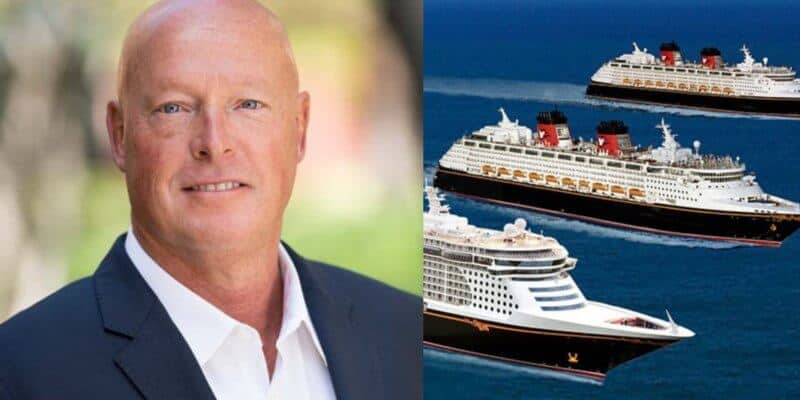 During Disney’s Q2 FY20 Earnings Results Webcast Tuesday, the company made several announcements, including the reopening of Shanghai Disneyland, after being closed for over 100 days, and that the company saw a 58% decrease in sales across its Parks, Experiences and Products segment.

From these major new developments, many questions were raised by shareholders as it relates to saving money, including whether or not the company should cancel its three cruise ships it’s currently building and planning to add to their fleet in the next few years.

This question wasn’t answered specifically. However, the company did shed light on the future of the major vacation company, which has seen major losses, similar to the Disney Parks, amid closures and the postponement of new departures.

“We agree that [Disney Cruise Line] will probably be the last of our travel oriented businesses that will come back online,” said Bob Chapek, CEO of the Walt Disney Company, when speaking on Disney Cruise Line and its current state.

Chapek continued: “Long term, our guests will be just as interested in cruising with us. Not in the next few months. But they will be much more resilient to come back because they trust our business to act in a responsible way, to protect them against some of the woes that have plagued the industry since COVID has hit.”

Christine M. McCarthy, Senior Executive Vice President and Chief Financial Officer of The Walt Disney Company, also weighed in on Disney Cruise Line’s future, stating: “This is a business that is one of our highest rated business…in terms of guest satisfaction and also having a very high intent to repeat the experience. So a lot of people who go on one tend to go on many. It’s a very nice returning business creating value long term for share holders.”

Disney Cruise Line first suspended all of its new sailings on March 12 and currently has no plans for any new departures until at least June 18, with Disney Magic suspended until July 2.

Will you be planning a Disney Cruse Line cruise when DCL begins departing ships again? Let us know in the comments!